This article has the most up-to-date info on the status of Saving Hope season 5 as we continuously monitor the news to keep you in the know. CTV has officially renewed the series for another season. To get notified of the premiere date – subscribe for updates below. 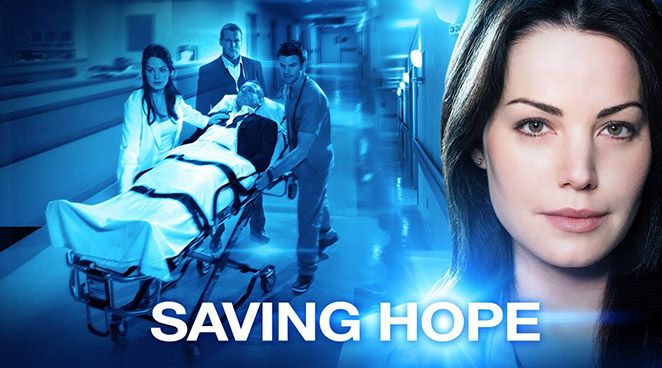 Saving Hope is a Canadian medical and supernatural drama television series set in a fictional hospital in Toronto. Starring Erica Durance and Michael Shanks as two central characters, the series follows the lives of doctors, as they have to make hundreds of complicated decisions in their difficult profession. The series is aired in Canada on CTV, in the US on Ion Television, and in Australia on SoHo. Season 4 of Saving Hope premiered on September 24, 2016.

Dr. Alex Reid (Durance) is about to marry Dr. Charles Harris (Shanks) when he gets into a car accident and goes into a coma. He is placed in Hope Zion Hospital, where he worked in the last several years alongside Alex. At the end of the first season Charles recovers from the coma, but finds out that he can see spirits of dead patients and those who are in a coma.

In season 4 Alex is back from her maternity leave and has to struggle with her professional ethics and maternal instincts. As soon as she makes it in to the hospital, the drama kicks in and the thoughts of her baby Luke are pushed into the back of her mind.

Saving Hope has received mixed reviews and some criticism. Its plot is very much like such hospital dramas as Grey’s Anatomy with one small difference – the supernatural aspect. At this moment, it is unclear whether we will see what else can happen at Hope Zion, but if CTV decides to continue with their experiment, we will see Saving Hope Season 5 come out next year.

Updated December 21, 2015: This fall Saving Hope turned out to be the most watched Canadian drama with an average of 1.3 million viewers per episode, so there is no wondering about why this medical/supernatural series is renewed for a fifth season (although the critics disagree, calling it a bland mix from every other workplace and medical dramas). The production of the eighteen new episodes will begin in Toronto in the spring of 2016, while the fourth season will wrap up on Valentine`s day with a two hour special.

Share this with friends:
ReleaseDate.show » Release » CTV has officially renewed Saving Hope for season 5
Related Serial
When Will

DIY is yet to renew Rehab Addict for season 8