The release date for The Challenge season 29 — Pending

This article has the most up-to-date info on the status of The Challenge season 29 as we continuously monitor the news to keep you in the know. MTV has officially renewed the series for another season. To get notified of the premiere date – subscribe for updates below. 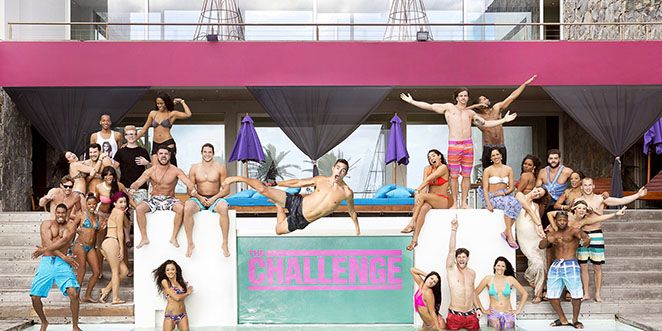 The Challenge is an immensely popular and long-running MTV reality competition television series. It originally premiered on June 1, 1998 and the current 28th season aired on May 4, 2016. The series is produced by Bunim/Murray Productions and hosted by the BMX biker T.J. Levine.

An intricate system of contests, elimination, new elements constantly added to the structure of the series have made The Challenge a hit for MTV. The competitive element is extremely strong and the challenges grueling and strenuous, with the final missions sometimes requiring medical personnel assistance. The current 28th season is entitled The Challenge: Rivals III, and features 13 teams from Challenge, Are You the One and Real World, and the challenges are set to begin even before the competition is launched, since the teams are made up of bitter rivals with a history of competing against each other. The pressure is on, and the need to overcome their past difficulties is imminent if the teams are to succeed in the main competition. The grand prize to contend for this season constitutes $350,000, and the pressure is on!

What is it about The Challenge that makes it so incredibly attractive to the audience? Well, first of all, it is the complex system of casting which makes sure that familiar faces from previous seasons keep reappearing on screen, creating a comforting recognition effect on one hand, and adding the already-formed relationships between contestants to the explosive group dynamics on the other. Unlike the traditional annually restocked reality series, there is a community of the participants going from season into season for 17 years, which makes it resemble a workplace drama show with the best and worst features of such a longitudinal setup. The current season is averaging 680,000 viewers in the same-day ratings. We believe that there`s definitely more of The Challenge for the fans to look forward to, so stay tuned for a renewal announcement.

UPDATED July 18, 2016: And – yes!! - there will be another season of The Challenge! MTV`s veteran hit has been renewed for a 29th season, scheduled to start filming in October 2016. No further details have been revealed at this point – neither the cast, nor the theme or location of the shooting. Well, this is exciting news in and of itself, and more details will be revealed as availability calls are still going out, and other technical details are being smoothed out. Sign up for our automatic updates and don`t miss any relevant information regarding the release of The Challenge season 29.

Share this with friends:
ReleaseDate.show » Release » MTV has officially renewed The Challenge for season 29
Related Serial
When Will