This article has the most up-to-date info on the status of Silent Witness Series 20 as we continuously monitor the news to keep you in the know. BBC One has officially renewed the series for another season. To get notified of the premiere date – subscribe for updates below. 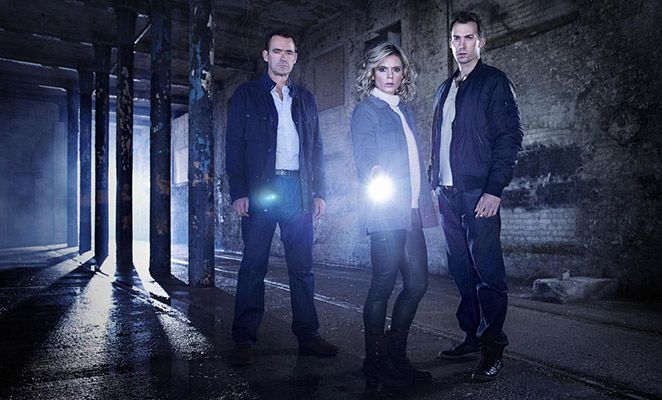 Silent Witness is a long-running British criminal drama series created by Nigel McCrery, an ex-murder squad investigator from Nottingham, and executive produced by Philippa Giles. The original premiere took place on February 21, 1996, and the program is now in its 19th season, which was released on January 4, 2016.

The series focuses on the work of forensic pathology experts and their criminal investigations as they provide information and their analysis to the police. The original female lead Professor Sam Ryan (Amanda Burton) has departed the series in the beginning of the eighth season, and Dr. Leo Dalton (William Gaminara) and Dr. Harry Cunningham (Tom Ward) replaced her as leads.

There has been criticism of the series for the unduly gruesome scenes and lack of accuracy in portrayal of both police and forensic work, but most viewers love it for the thorough approach to the criminal investigation storyline, fantastic characters that are well-developed and properly flawed, and a great chemistry between them. The viewership ratings prove the series` popularity yet again, with the latest January 12, 2016 episode topping the charts for BBC One with an impressive 6.2 million viewers, just slightly down from the January 4, 2016 premiere of 6.54 million (27.8%). With viewership staying on this level there`s no doubt that Silent Witness will remain a staple of BBC One for quite some time.

UPDATED April 16, 2016: One of the longest-running criminal dramas on BBC One, Silent Witness is renewed for a landmark 20th series. Emilia Fox, who stars as Professor Sam Ryan, revealed that the upcoming series will be a significant one in terms of storyline shifts. In particular, it will delve deeper into the background of Clarissa Mullery, played by Liz Carr. There will be more of Clarissa seen in this series, Fox added. The release date for Silent Witness series 20 has not yet been announced, so please sign up for our automatic updates and receive an e-mail notification of relevant information.

Share this with friends:
ReleaseDate.show » Release » BBC One has officially renewed Silent Witness for series 20
Related Serial
When Will

The release date for No Offence series 2 — PendingThis article has the most up-to-date info on the status of No Offence Series 2 as we continuously monitor the news to keep you in the know. Channel 4 has officially renewed the series for another…