This article has the most up-to-date info on the status of Broad City season 4 as we continuously monitor the news to keep you in the know. Comedy Central has officially renewed the series for another season. To get notified of the premiere date – subscribe for updates below. 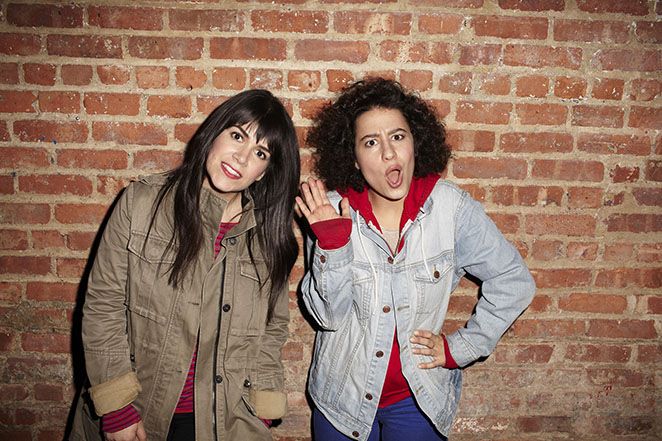 An offbeat US sitcom series created and starring Ilana Glazer and Abbi Jacobson, Broad City hails from the web series produced between 2009 and 2011. The move from the web to the Comedy Central network took place in January 2014, with the current third season debuting on February 17, 2016. The series is produced by Paper Kite Productions, 3 Arts Entertainment, Jax Media and Comedy Partners.

The quirky New York City-based comedy chronicles the antics of two slacking stoners, Ilana Wexler (Ilana Glazer) and Abbi Adams (Abbi Jacobson). Ilana is the more free-spirited and sexually liberated of the duo, but Abbi often gets reluctantly drawn into adventures inspired by Ilana. The women are in their mid-twenties, and are somewhat obliviously wandering about their lives.

Warm reception and renewal for seasons 4 & 5

The critical acclaim has been universal from the outset, with Jacobson and Glazer garnering great praise as both superb writers and convincing lead actresses. Broad City has originally premiered to just over 0.9 million viewers, and edged down a bit to the current season debut viewership of almost 0.8 million viewers, with a rating of 0.4 (sliding to 0.3 for the most recent episode). The review aggregator websites have been kind to the edgy urban series, and it boasts a score of 98% on Rotten Tomatoes and an 8.5/10 on IMDb. The series has already been renewed for the fourth and fifth seasons to the delight of the fans, and all we can do at this point is eagerly await a release date announcement.

Share this with friends:
ReleaseDate.show » Release » Comedy Central has officially renewed Broad City for season 4
Related Serial
When Will