This article has the most up-to-date info on the status of North Woods Law: Washington State (ex-Rugged Justice) season 3 as we continuously monitor the news to keep you in the know. Animal Planet has scheduled the premiere date for a new season for August 25, 2016. 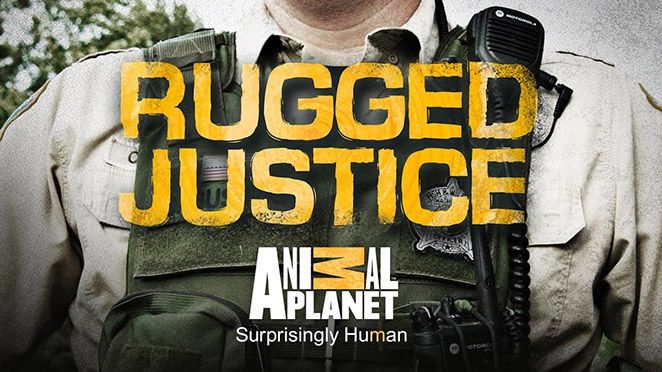 Rugged Justice is an American crime and documentary reality series that follows Washington Department of Fish and Wildlife (WDFW) police as they patrol the unforgiving mountainous terrain of the Evergreen State. The series premiered on January 18, 2015 and is currently airing its second season on Animal Planet.

Rugged Justice chronicles the lives of officers who are assigned to protect more than 42 million acres of the woodlands, mountains, densely populated urban areas and back roads of Washington State. Every day brings new challenges and extreme danger as law enforcement respond to more than 225,000 calls each year. The series was extended to another 10 episodes following the successful release of a six-part first season.

In the first episode of season 2, titled “Unlawfully Killed”, police confront bear poachers, have a surprise encounter with a rattlesnake, and haul a drunk suspect off to jail. Future episodes will show officers dealing with an aggressive fisherman who has a warrant out for his arrest for malicious mischief, and as they step in to investigate a call about elk poaching near a national park.

Produced by Shark Teeth Films and executive produced by Adrian Carter, Tom Mudd, Alex Rader and Keith Hoffman, Rugged Justice was filmed in various places around Seattle from May through August 2015. No announcements have been made by Animal Planet regarding a comeback for season 3.

UPDATED April 4, 2016: Animal Planet has given its audience a chance to continue their appreciation of the work done by the officers of The Washington Department of Fish and Wildlife – Rugged Justice has been renewed for season 3. There`s always an element of risk involved as the officers strive to protect the environment and animals of all kinds from various dangers, including poachers, ferocious animals and unpredictable elements, occasionally humans need help as well. There`s been no release date set yet for the next installment of Rugged Justice, so please stay tuned for relevant updates by subscribing to our automatic notifications.

UPDATED July 28, 2016: Keeping the balance between humans and wildlife in Washington State remains the core goal for the cast of North Woods Law: Washington State (ex-Rugged Justice). The officers of Department of Fish and Wildlife are once again in the spotlight as they are continuously striving to keep people safe and wildlife intact both on land and at sea. The six-episode third season will debut on August 25, 2016 at 10pm ET/PT on Animal Planet. Sign up and don`t miss the season premiere when we send you a reminder one day prior to the release date.