This article has the most up-to-date info on the status of Impractical Jokers Season 6 as we continuously monitor the news to keep you in the know. truTV has officially renewed the series for another season expected to debut in 2017. To get notified of the exact premiere date – subscribe for updates below. 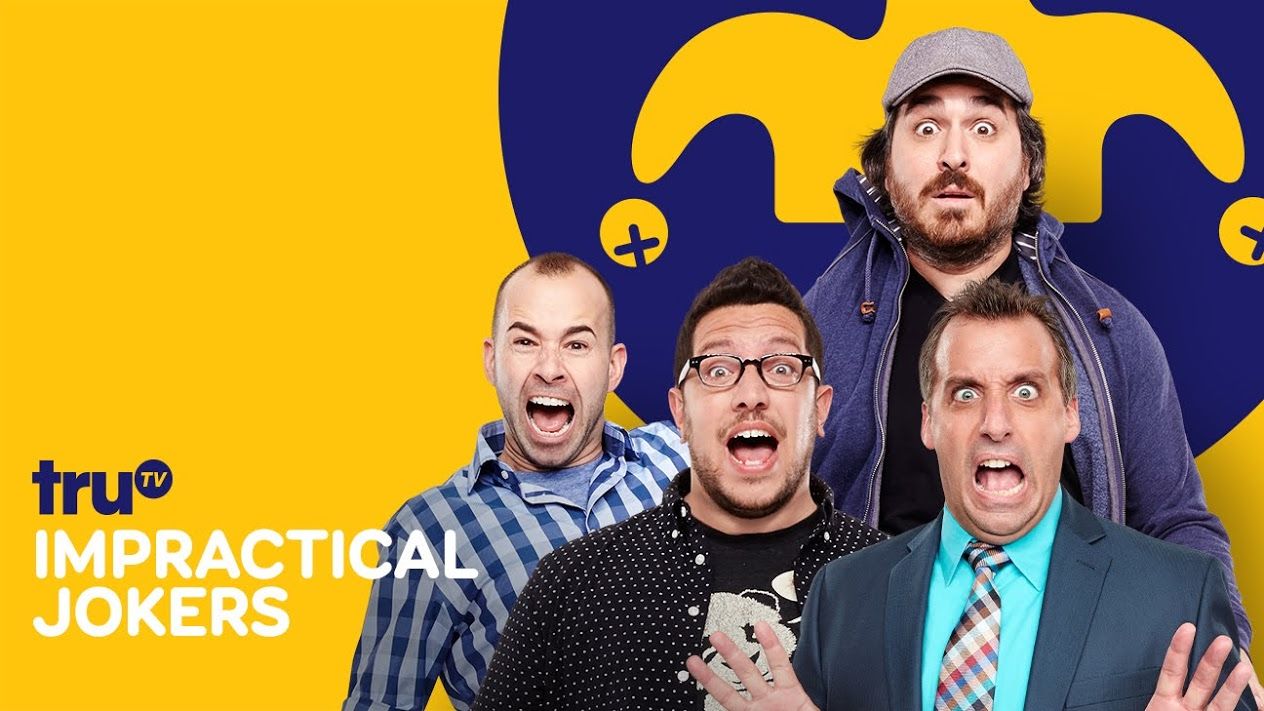 Impractical Jokers is an American hidden camera practical joke reality series focused on making strangers feel uncomfortable. The show premiered in December 2011 on TruTV and has been successfully renewed for five seasons.

Stars Joseph “Joe” Gatton, James “Murr” Murray, Brian “Q” Quinn and Salvatore “Sal” Vulcano, who make up the comedy troupe The Tenderloins, take practical jokes to an entirely new level. Using a combination of hidden microphones and cameras they dare each other to increasing heights of embarrassment — making their friends, and strangers literally squirm.

What makes Impractical Jokers different from other prank TV programs is that the stars are not privy to the details of the prank until the moment they are performing it. As one cast member performs the prank, the other three are feeding lines to their friend behind the scenes via an ear piece. The punchlines are meant to create awkward, and often hilarious, exchanges between the prankster and a stranger being pranked in a public area.

Before every challenge, the guys explain where they are, what the challenge is and what will happen if they fail. If the prankster cannot complete their task, they get a thumbs down from the rest. At the end of the episode, the prankster with the most thumbs down is punished. In true spirit of the show, punishments vary from simply embarrassing, to humiliating, painful and sometimes downright scary. Pranksters cannot refuse punishments at the risk of getting kicked off the show.

Now in its fifth season, the show has proved to be a major hit in the U.S. and abroad. Garnering millions of views across different platforms, Impractical Jokers season 5 premiered in February 2016 and has even inspired a spinoff series called Jokers Wild. TruTV has yet to announce the renewal of the show for season 6.

UPDATED July 23, 2016: One more exciting announcement came from San Diego`s Comic-Con today – truTV`s top-rated prank show Impractical Jokers has been renewed for a sixth season. The upcoming chapter is scheduled to air next year, and will be comprised of 26 fun-filled episodes. The fifth season of the series has premiered just over a week ago, on July 14, 2016, and ranked number one in its time slot in L+3 in several core demo groups. The Staten Island-native crew is not losing the drive, so we`re glad to know that there is more coming next year. Sign up for our automatic updates, and we`ll inform you of the release date as soon as it is announced.

Share this with friends:
ReleaseDate.show » Release » truTV officially renewed Impractical Jokers for Season 6 to premiere in 2017
Related Serial
When Will

YouTube Red is yet to renew Prank Academy for season 2