The release date for Making a Murderer season 2 — Pending

This article has the most up-to-date info on the status of Making a Murderer season 2 as we continuously monitor the news to keep you in the know. Netflix has officially renewed the series for another season. To get notified of the premiere date – subscribe for updates below. 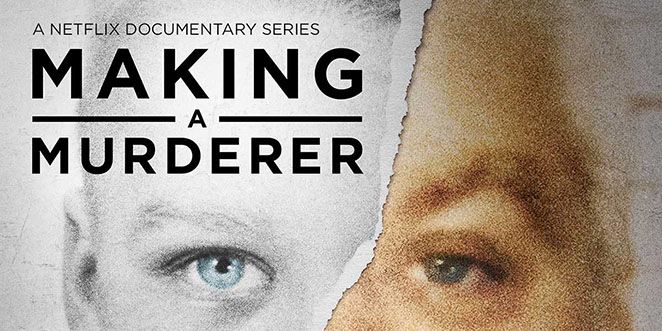 The original Netflix 10-part series is a criminal documentary series released in full on December 18, 2015. The film was investigated and created by Moira Demos and Laura Riccardi.

Making a Murderer follows the story of Steven Avery, a man from Manitowoc County, Wisconsin. He was released from prison in 2003 after spending 18 years in prison due to a wrongful conviction for sexual assault. Two years later he was arrested again – this time for the murder of a female acquaintance, photographer Teresa Halbach. The documentary contemplates the ways in which the US justice system works and the ways in which it fails miserably. The first crime for which Avery was convicted, as it becomes clear early on in the series, hasn`t been committed by him. If the story ended there, it would have been just like many other unfortunate stories of mistaken convictions. But that`s not all there`s to this case. Steven Avery sued the city of Manitowoc and several individuals who have wrongfully and, as it is implied, knowingly accused him of a crime that stole almost two decades of his life. Was he at that point framed again by the same people?

The series is far from an enjoyable spectacle, far from entertainment. It is a harrowing and confusing account of what very likely was a setup that broke a man`s life – twice. There doesn`t seem to be any prolonged continuation to this series simply due to its subject matter. Perhaps the filmmakers will come up with a special as the story unfolds to bring more information into the public eye. Perhaps justice will finally be served, even if Steven Avery`s life is irrevocably fractured.

UPDATED July 20, 2016: Even though the first series of Making a Murderer seemed more like a completed story than a multi-season series, Steven Avery`s life and fight are not over, and neither is the series. Netflix has commissioned a second season of the documentary program that details the case that is being currently contested in court. The currently convicted Avery and his co-defendant Brendan Dassey are in the spotlight along with Avery`s new counsel Kathleen Zellner and Dassey`s lawyers led by Laura Ninder and Steve Drizin. Season 2 is already in production, so sign up for our automatic updates and we`ll inform you of the release date as soon as it is announced.

Share this with friends:
ReleaseDate.show » Release » Netflix has officially renewed Making a Murderer for season 2
Related Serial
When Will