This article has the most up-to-date info on the status of Vanderpump Rules season 5 as we continuously monitor the news to keep you in the know. Bravo has officially renewed the series for another season expected to debut in 2016. To get notified of the exact premiere date – subscribe for updates below. 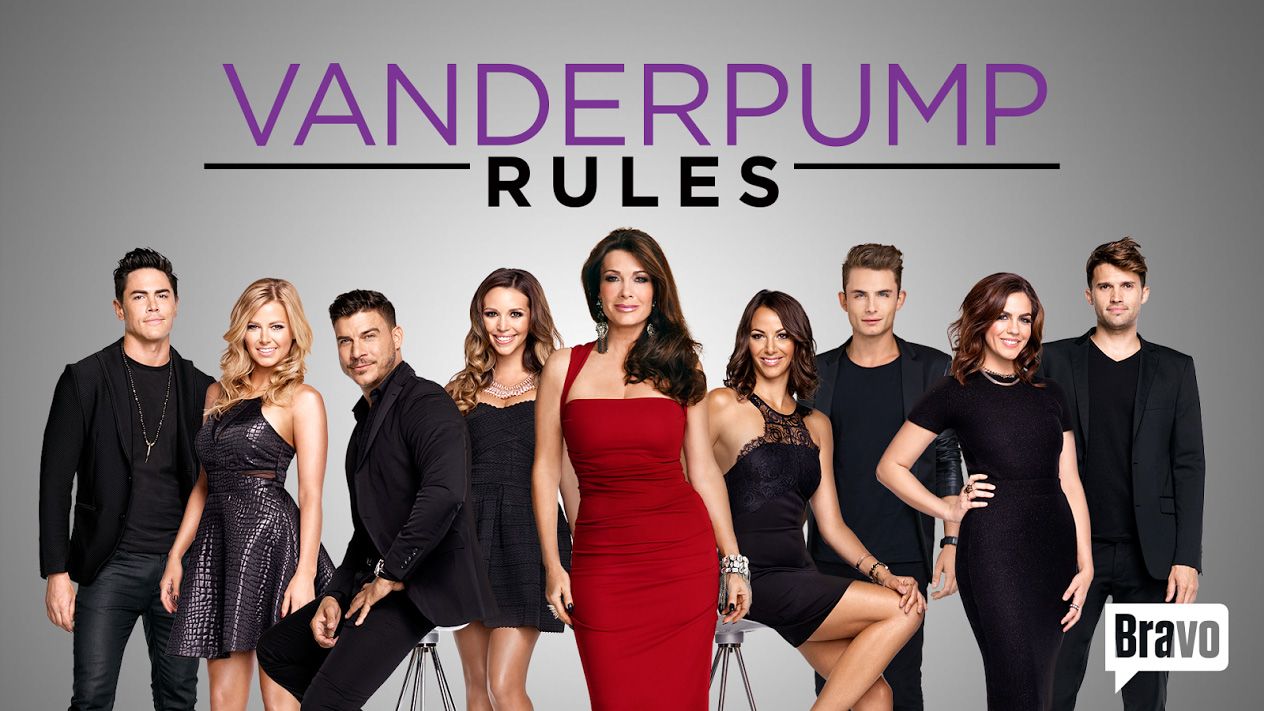 Vanderpump Rules is an American “celebreality” television show broadcast on the Bravo network. The series is produced by Evolution Media and originally premiered on January 7, 2013. The current fourth season of this spin-off from the Real Housewives of Beverly Hills went on the air on November 2, 2015.

The series stars Lisa Vanderpump as herself – but the storyline centers on the employees at her restaurant and bar SUR (an abbreviation on Sexy Unique Restaurant – how pretentious is that?). Waitstaff, bar staff, busboys – Kirsten Doute, Katie Malone, Scheana Shay, Tom Sandoval, Jax Taylor, Stassi Schroeder, Tom Schwartz – are all aspiring to appear glamorous and sharp, but most of the time they just appear extremely desperate to become famous . There are all the usual elements of a workplace reality show, but many viewers criticize Vanderpump Rules for its shallow and narcissistic stars, the negativity and callousness in their interactions as well as for a complete lack of any type of positive message.

The series is a controversial one – mostly for the notion that is inherent in any reality show, but completely blatantly served here, it is the notion that fame has value in and of itself. Being a famous singer, athlete, writer is one thing, but being famous as an obnoxious ill-behaved star of a meaningless reality show is another. Certainly, some of Vanderpump Rules` viewers love to hate it. But then there are others, seeking relaxation and pure entertainment, happy to follow the squabbles at SUR. In any case, the viewership of the series has been impressive – between 1 and 2 million at various times in the show`s history, and it might stay with us for yet another season.

UPDATED April 28, 2016: A popular spinoff of the Real Housewives franchise, Vanderpump Rules is slated to continue into the fifth season. The show was among the fourteen returning series that were renewed in bulk by Bravo on April 27, 2016. All the criticism of callousness and shallowness did not outweigh the series` ratings, which is the ultimate deciding factor in a renewal or a cancelation decision. Since no details have been revealed yet about the upcoming season, you may sign up for our automatic updates and receive relevant information in a timely e-mail.

Share this with friends:
ReleaseDate.show » Release » Bravo officially renewed Vanderpump Rules for season 5 to premiere in 2016
Related Serial
When Will