This article has the most up-to-date info on the status of Ink Master season 8 as we continuously monitor the news to keep you in the know. Spike TV has scheduled the premiere date for a new season for August 23, 2016. 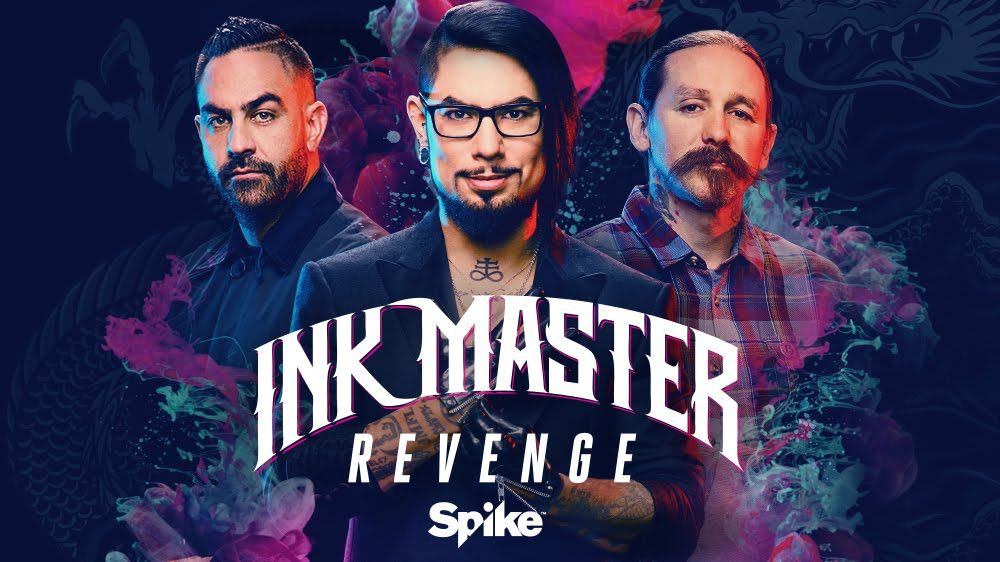 Ink Master is a popular US competition/reality television series airing on Spike since 2012. It`s produced by Original Media and executive produced by Steven Weinstock, Glenda Hersh and Andrea Richter. The show is currently broadcasting its seventh season, subtitled Ink Master: Revenge, which debuted on March 1, 2016 and is slated to consist of 16 episodes. There has been a number of holiday specials and a spin-off series titled Ink Master: Redemption

The program follows an elimination format, and only one of the 16 contestants (eight series` veterans and eight newcomers to the show) who enter the competition will receive the coveted title of Ink Master, $100,000 and a feature in the Inked magazine. Dave Navarro has been the host and the judge throughout all of the seasons, and Chris Nunez and Oliver Peck join him in judging the ink creations of the participating tattoo masters.

The seventh season of Ink Master premiered to 879,000 viewers with a 0.4 demo rating, and has a 7.4 IMDb score. There are numerous complaints from the viewers that as the series progresses, it becomes less about tattoos and more about the drama, favoritism of the judges and induced rivalry. This is unfortunate, as the concept of the series is interesting, and the program could have had more integrity and respect for the art of tattoo. In any case, just a week after the season 6 live finale in October 2015 Spike has already renewed Ink Master for an eighth run, which should go into production in March and is set to debut in the summer of 2016. Stay tuned for a release date.

UPDATED May 26, 2016: The tattoo competition/reality show Ink Master has been renewed for a 9th season about six months ahead of its 8thseason premiere – how`s that for an early renewal decision? The next installment will contain 15 episodes and a live finale, and is set to air in 2017. Meanwhile don`t forget to tune in for the 8th season of Ink Master which should come out on Tuesday, August 23, 2016 at 10/9c. The current seventh season is delivering an average of 1.8 million viewers per episode and keeping the network very happy. Sign up for our automatic updates and we`ll keep you up on relevant developments.