This article has the most up-to-date info on the status of Wet Hot American Summer Season 2 as we continuously monitor the news to keep you in the know. Netflix has officially renewed the series for another season expected to debut in 2017. To get notified of the exact premiere date – subscribe for updates below. 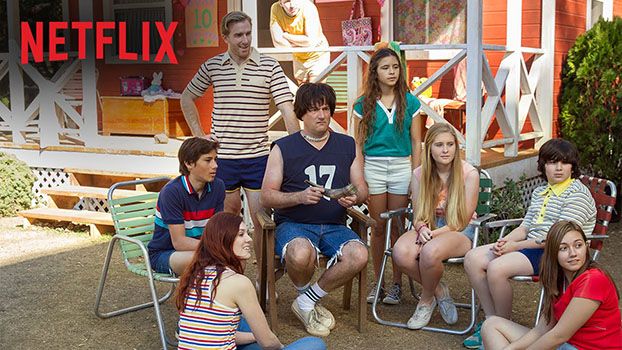 Written by David Wain and Michael Showalter, Wet Hot American Summer: First Day of Camp is an American comedy television series that is a prequel to the 2001 film of the same name. The series consists of eight episodes and premiered on Netflix on July 31, 2015.

Bradley Cooper, Janeane Garofalo, David Hyde Pierce, Christopher Meloni and others return to play teenage camp councilors that begin their work at Camp Firewood on the hot summer of 1981. As the prequel to the 2001 hit movie, this series portrays a younger version of the famous Maine’s camp councilors, who believe that the summer of ’81 is the summer of their lives. For this bunch, taking care of kids is not as important as getting laid, and starting from the first morning of their jobs, they begin to make their moves.

Much like the film, the series has received critical acclaim and very high viewer ratings – 92% on Rotten Tomatoes, for example. Although there hasn’t been any official news from Netflix on the future of the show, rumor has it that the series’ showrunner Michael Showalter allured to the fact that there will be a continuation. As such, we are sure that we will see Wet Hot American Summer Season 2 some time in the near future.

UPDATED April 29, 2016: Wet Hot American Summer is diving straight into the second season, with the storyline leaping 10 years forward from the first chapter. The series is renewed for a second season titled Wet Hot American Summer: Ten Years Later, which is not, contrary to what might be derived from the title, a sequel to the first installment. It is set to contain eight half-hour episodes and is likely to premiere in 2017. Sign up for our automatic updates and receive relevant information in a timely fashion.

Share this with friends:
ReleaseDate.show » Release » Netflix officially renewed Wet Hot American Summer for Season 2 to premiere in 2017
Related Serial
When Will