This article has the most up-to-date info on the status of The Profit Season 4 as we continuously monitor the news to keep you in the know. CNBC has scheduled the premiere date for a new season for August 23, 2016. 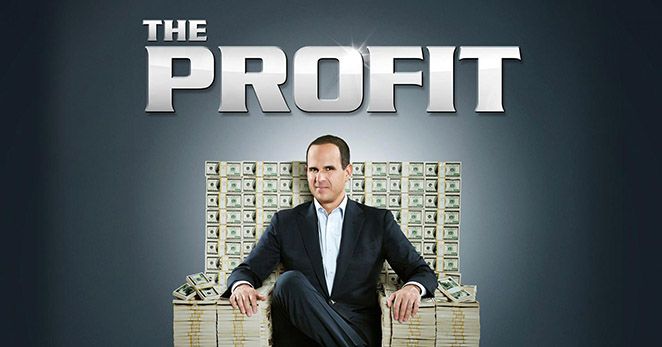 Hosted by businessman, inventor and philanthropist Marcus Lemonis, The Profit is an American reality television series that follows Lemonis as he offers small business owners investment capital and advice in return for a part in the company. The series first aired in July of 2013 and received great reviews and critical acclaim. The Profit Season 3 premiered on CNBC on May 12, 2015.

Marcus Lemonis is a very successful businessman, who has turned many struggling businesses into flourishing industry leaders. In 2007, he was named Newsmaker of the Year by RV Business Magazine for his role in the recreational vehicle industry. In 2008, he was named Entrepreneur of the Year by Ernst & Young. In 2012 he began aiding small businesses on the verge of bankruptcy in return for an ownership stake – a hobby that has secured him a role in his new show The Profit. Surprisingly, he does not get paid by the network, nor does he get any help with his investments in the companies he aids. His work with CNBC is completely his initiative and the only incentive he has is return on investments.

This is a series that gives the viewer great hope for the future. Whether you run your own business, or work for someone else, it’s always reassuring to watch someone being saved from going under. Scoring 8 out of 10 on IMDb, the series’ ratings have gone up over 115% since the first season. At this time, we have no official news about the fate of the series, but based on the ratings and audience reception, we hope that The Profit will return for season 3. We’ll keep fans updated on the latest news from the network.

Updated February 24, 2016: An early renewal of The Profit, a reality show that features struggling small businesses fight for survival with the assistance of capital investment from Marcus Lemonis was revealed recently. The announcement comes prior to the end of the current season that`s still on the air in the US. Season 4 is set to air in the Fall of 2016. The series` ratings have been steady, plateauing at approximately 0.7 million viewers per episode. On the wave of The Profit`s success, a brand new spin-off series The Partner has also been launched and is set to air in the summer of 2016.

UPDATED: April 5, 2016: Based on the excellent viewership ratings delivered by the reality series, the current third installment of which concluded on February 16, 2016, the CNBC network made a renewal announcement for another round of The Profit back in February. Last week, during the Press Day in sunny LA, the executive team unveiled the premiere dates for a handful of the network’s summer programs. Season 4 of The Profit is scheduled to be on the air on August 23, 2016 at 10pm ET/PT. The program is averaging approximately 0.7 million viewers per episode, not having lost any significant percentage of viewers compared to the previous chapter. Marcus Lemonis is returning to continue saving struggling businesses across the United States.