This article has the most up-to-date info on the status of Family Time Season 4 as we continuously monitor the news to keep you in the know. Bounce TV has officially renewed the series for another season expected to debut in 2016. To get notified of the exact premiere date – subscribe for updates below. 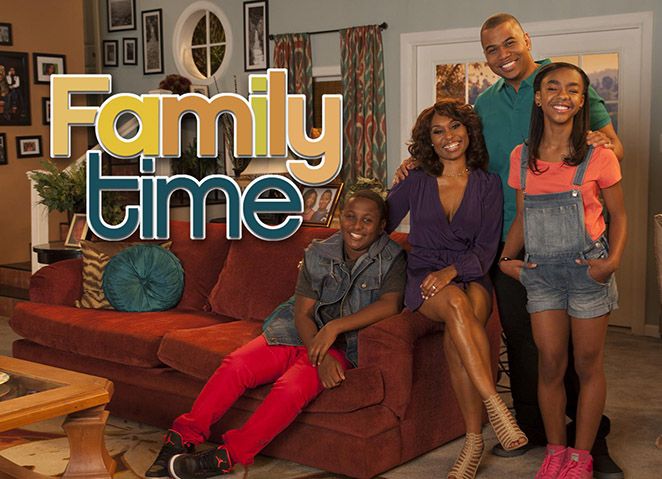 Family Time is an American comedy television series that centers around the lives of the Stallworths – a working class African American family. Created by Bentley Kyle Evans, the show stars Omar Gooding and Angell Conwell as the Stallworths couple. Season 3 of the series premiered on Bounce TV on October 6, 2015.

Tony and Lisa Stallworth are moving on up from struggling working class to the suburbs-living middle class. Tony (played by Gooding) is a general contractor and Lisa (played by Conwell) is a stay-at-home mom who takes care of their two children, Devin and Ebony. A well-painted picture of an African American family living the American dream, they quarrel, make up their own rules in love and marriage, and entertain friends and family in their new home in sunny Windsor Hills, California.

The series has been a hit on Bounce TV since it first aired in 2012. Packed with good old-fashioned comedy and a healthy dose of drama, the show has enjoyed favorable viewer ratings and critical acclaim. Though there hasn’t been any official news on a potential fourth season, we believe that Family Time will be renewed for next year.

UPDATED April 14, 2016: Bounce TV is the fastest growing network that targets African American audiences, and its original scripted series contribute greatly to its popularity. In a recent announcement the network has renewed several of its popular series, including the mega-hit Saints and Sinners. Family Time has also scored a renewal for a fourth season. The positive, old-fashioned family dramedy has not lost its charm and ratings momentum, and will remain on the small screen, release date to be announced. Please subscribe to our automatic updates and don`t miss the release of Family Time season 4.

Share this with friends:
ReleaseDate.show » Release » Bounce TV officially renewed Family Time for Season 4 to premiere in 2016
Related Serial
When Will