The release date for Another Period Season 3 — Pending

This article has the most up-to-date info on the status of Another Period Season 3 as we continuously monitor the news to keep you in the know. Comedy Central has officially renewed the series for another season. To get notified of the premiere date – subscribe for updates below. 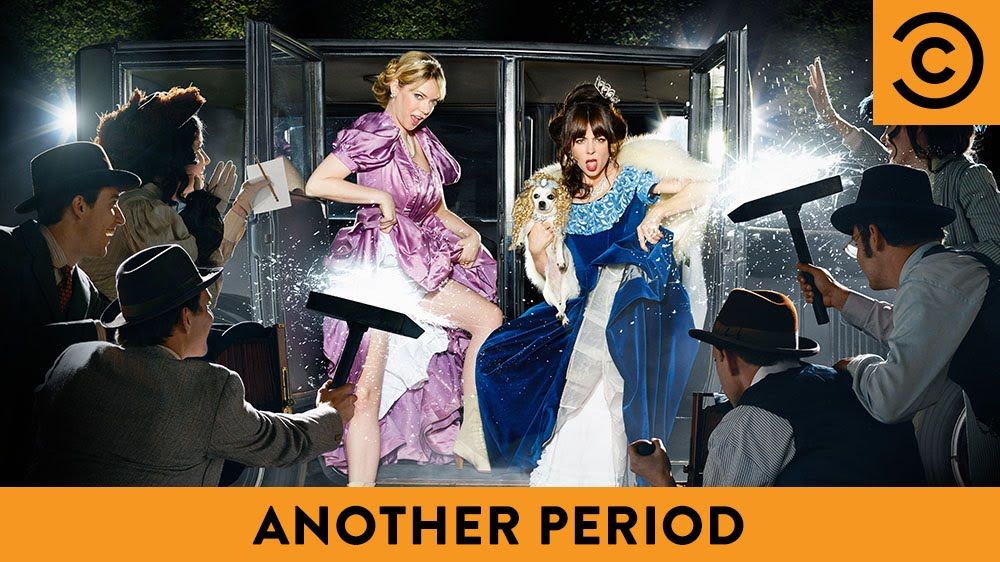 Created by Natasha Leggero and Riki Lindhome and directed by Jeremy Konner, Another Period is an American sitcom that focuses on the life of the filthy rich Bellacourt family at the turn of the 20th century. Intended to be a parody of such reality shows as Keeping Up With The Kardashians, this second season of the series premiered on Comedy Central on June 15, 2016.

The Ballacourts have more money than they know what to do with. Living in Rhode Island, they occupy their aristocratic time with sex, drugs, debauchery and dealing with their servants, of whom there are a lot. Preoccupied only with what parties to attend and becoming famous, they hold beauty pageants, sabotage suffrage rallies, and spend time at the beach being extremely inappropriate. And their poor servants have to live with trying to satisfy every need of this binging clan.

With an all-star cast, this series is full of historical satire about aristocrats that can’t offer anything to their fellow citizens. It is witty, smart and hilarious, and definitely has the potential of becoming the number one sitcom on Comedy Central. The second season premiere has drawn an audience of 0.434 million viewers and a 0.2 demo rating, dipped below 0.4 million, but bounced back for the first July episode, which scored ratings similar to the premiere episode. Will there be a third season of Another Period with more hilarious adventures of the rich, spoiled and generally ridiculous predecessors of the Kardashian clan? Stay tuned and we`ll let you know as soon as a decision is made.

UPDATED July 10, 2016: It has come to our attention that Comedy Central has in fact made an early renewal decision, commissioning the third season of its hit historical comedy series Another Period prior to the second season premiere. The series is a consistently strong ratings performer and a fan-favorite, so no surprise there, and hopefully it ill remain as entertaining as it has been since the beginning of its broadcast. Sign up for our automatic updates and we`ll notify you as soon as a release date is set.

Share this with friends:
ReleaseDate.show » Release » Comedy Central has officially renewed Another Period for Season 3
Related Serial
When Will