This article has the most up-to-date info on the status of Flipping Virgins season 2 as we continuously monitor the news to keep you in the know. HGTV has officially renewed the series for another season expected to debut in January 2017. To get notified of the exact premiere date – subscribe for updates below. 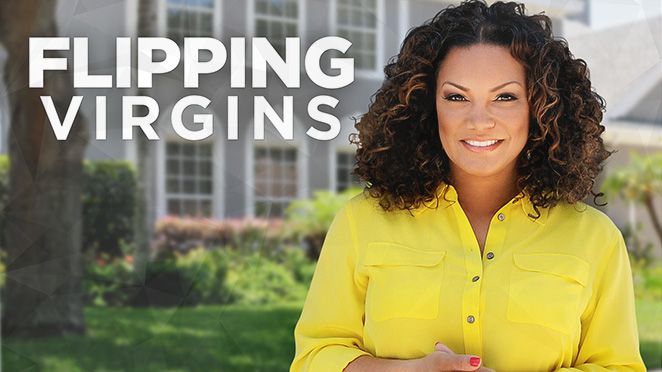 Flipping Virgins is a new American real estate and home renovation reality series that follows property expert Egypt Sherrod as he helps house-flipping novices navigate the unexpected realities of purchasing, renovating and selling a home for profit. Produced by Cineflix Productions, the show debuted on HGTV on September 15, 2015.

Those who dream about turning rundown houses into big money can learn a few tricks of the trade from Flipping Virgins. Expert realtor Egypt Sherrod helps newbies choose the right fixer-upper and suggests the wisest ways of staying within budget. Sherrod also knows how to get top dollar in the unpredictable world of real estate. During the series she accompanies the beginners on their search to find the ideal home, which is often the worst looking house on the block. She advises them to look at the property’s overall potential, and not at the disgusting and smelly stains and dirt that often accompany it.

Season 1 of the show consists of eight one-hour episodes, and is similar to two other shows — HGTV’s top-rated Property Virgins and Bravo’s Flipping Out. The series premiere featured a couple from Atlanta who are prepared to use their life savings to launch a new house-flipping business. So will Flipping Virgins be as popular as its rivals and solidify its return for season 2? There have been no announcements from HGTV about a potential second season.

UPDATED July 13, 2016: A new eight-episode season of Flipping Virgins has been ordered by HGTV, and is scheduled to be released in January 2017. Egypt Sherrod is back to assist first-time house flippers in the complicated process of choosing a property to revamp. She shares some tips and tricks that only an expert in the business has access to from their hands-on experience, and Sherrod`s been in the business for 15 years. Sign up for our automatic updates, and we`ll be sure to inform you of the release date for Flipping Virgins season 2 as soon as it is announced.

Share this with friends:
ReleaseDate.show » Release » HGTV officially renewed Flipping Virgins for season 2 to premiere in January 2017
Related Serial
When Will