This article has the most up-to-date info on the status of Drunk History season 4 as we continuously monitor the news to keep you in the know. Comedy Central has scheduled the premiere date for a new season for September 27, 2016. 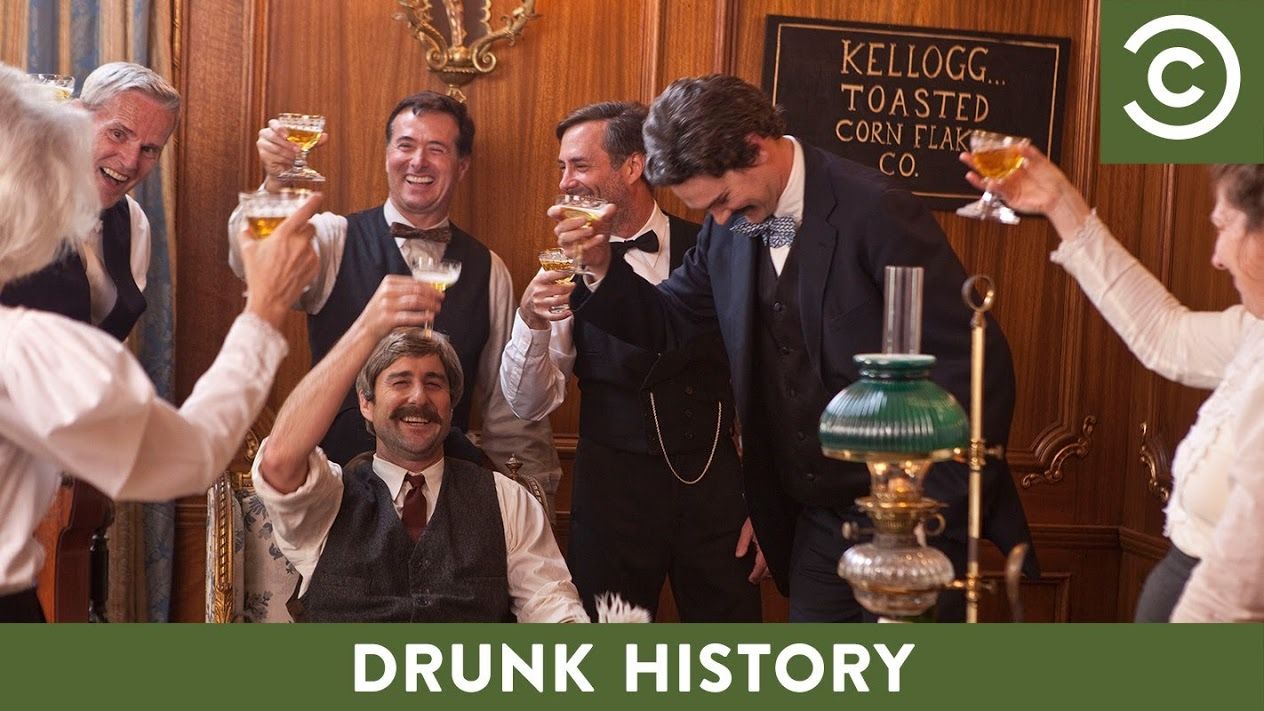 In each episode of Drunk History an inebriated narrator, played by a well-known comedian, recounts an event from American history and lip syncs the dialog with famous actors. Viewers are taken on a tour of a U. S. city to explore stories and people from its rich past in a hilariously confusing way. Drunken narrator and creator Derek Waters is joined and by an all-star cast that includes Jack Black, Lisa Bonet, and Winona Ryder among others. In season 3 the actors will cover everything from the invention of motion pictures to the rise and founding of the US air force by Abraham Lincoln, all while being drunk to the point of vomiting.

With Will Ferrell and Adam McKay as the show’s executive producers, this project could not have failed. Additionally, we can admit that everyone loves watching people make fools of themselves on television. Following three successful seasons, we are confident that this Emmy-nominated series will be renewed for another season. If confirmed by Comedy Central, Drunk History season 4 would likely premiere sometime in late summer 2016.

UPDATED April 1, 2016: Comedy Central has followed the bulk renewal trend, and announced the renewal of seven of its popular shows, among them the Primetime Emmy Award-winning fan-favorite sketch-comedy show Drunk History. The fourth season is set to premiere in September, release date TBA. The inebriated comedians host a fantastically fun program, so brace yourself for an unusual and sometimes unpredictable take on the well-known and the completely unknown historical events. Sign up for our updates, and be among the first to find out the exact release date of Drunk History season 4.

UPDATED July 22, 2016: San Diego Comic Con 2016 has brought several exciting renewal announcements, including Voltron: Legendary Defender and Daredevil, along with the release date confirmation for the fourth season of Comedy Central`s Drunk History. The ten new episodes are scheduled to kick off on Tuesday, September 27, 2016 at 10:30pm. A very impressive guest star roster has been revealed for the upcoming chapter, including Paget Brewster, Alan McLeod, Elizabeth Olsen, Billie Joe Armstrong, Rachel Bilson, Ben Folds and many other talented actors. Sign up for our automatic updates, and we`ll remind you of the upcoming season`s release date one day in advance.