This article has the most up-to-date info on the status of The Odd Couple season 3 as we continuously monitor the news to keep you in the know. CBS has scheduled the premiere date for a new season for October 17, 2016. 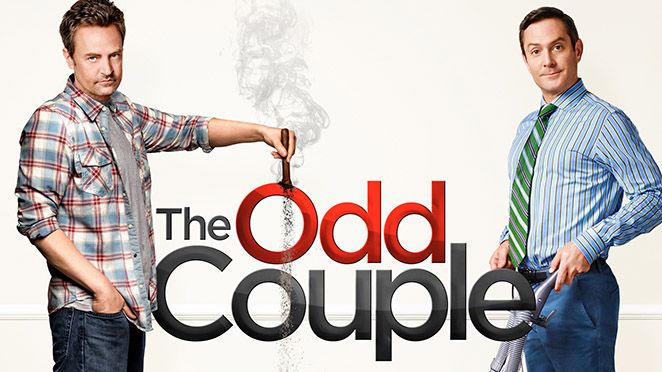 An American sitcom, The Odd Couple is created by Matthew Perry and Danny Jacobson and produced by the Tannenbaum Company, Timberman-Beverly Productions and CBS Television Series. The series premiered in February 2015, and is currently in its second series, which is set to contain 13 half-hour episodes and debuted on April 7, 2016. The show draws its main inspiration from the 1968 film, and has been developed by Matthew Perry since the late 2000s, but he has only found allies when the series was picked up by CBS in 2013.

Felix Unger (Thomas Lennon) and Oscar Madison (Matthew Perry) are old college buddies who are thrown together by fate when their wives kick them out simultaneously, and they end up sharing an apartment. The two are completely different, Oscar is a womanizer, sportswriter and radio personality with no interest in cleaning up after himself. Felix is a clean freak, photographer and part-time yoga teacher.

The show`s had excellent viewership ratings, with 13.57 million viewers tuning in for the series premiere in 2015, and the present series opened to 7.63 million viewers. However, the reviews on aggregator websites are mixed, with a 42/100 score on Metacritic and 24% on Rotten Tomatoes. Whether or not the series has a chance of renewal remains to be seen, but despite the mixed reviews the show attracts a reasonable audience, so there seems to be enough potential in The Odd Couple to carry it into another season. Stay tuned for announcements regarding the series` future.

The 13-episode second season of The Odd Couple has just bowed out on May 23, 2016. The season finale of the popular CBS comedy has scored 4.47 million viewers, down significantly from 7.63 million viewers who tuned in for the season premiere. The reviews from the critics remained mixed, but the show is still getting a reasonable amount of support from the fans. The final episode features Oscar unknowingly going on a blind date with Felix`s ex-wife Ashley after Felix himself has convinced him that blind dating is just what he needs. Emily is thinking of agreeing to a London-based jewelry design internship offered to her, although taking this opportunity would mean being apart from Felix for three long months. Even though critical and viewer reception is far from being unanimously positive, and despite the sliding ratings, on May 16, 2016 the series was renewed for another run, so we are currently monitoring network announcements for a release date confirmation.

UPDATED May 17, 2016: A remake of the hit family comedy sitcom, Odd Couple is coming back for a third season, CBS confirmed in a renewal announcement on May 16. The series is currently on the air, faring rather decently with an 8.7 million viewers in the L+3 estimates, and a 1.8 rating in the 18-49 demo. Even though the series is currently losing almost half of its lead-in audience from The Big Bang Theory, the viewership is still higher than was expected. Sign up for our automatic updates and we will inform you when a release date is set for the third season of Odd Couple.

UPDATED June 22, 2016: The questionable ratings last season did not prevent The Odd Couple from being renewed, and here it is, back with a third chapter. The upcoming season will air on Monday, October 17, 2016 at 9:30pm, preceded by The Big Bang Theory, Kevin Can Wait and 2 Broke Girls. How will the series fare this season, after the mixed ratings of the sophomore run? Tune in and see for yourself. Sign up for our automatic updates and receive a reminder of The Odd Couple season 3 premiere date one day in advance.