This article has the most up-to-date info on the status of Caribbean Life season 5 as we continuously monitor the news to keep you in the know. HGTV has scheduled the premiere date for a new season for August 28, 2016. 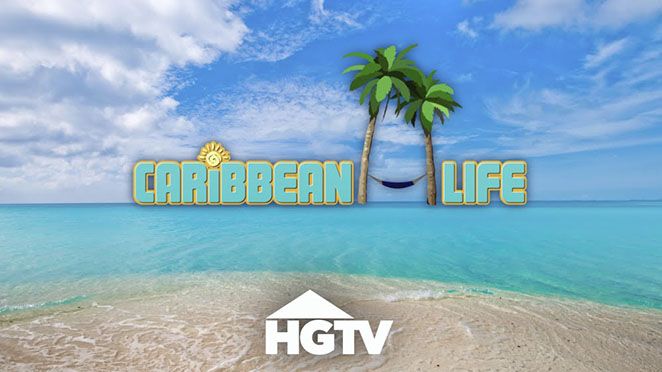 Caribbean Life is an American reality television series that`s been broadcast on HGTV since February 9, 2014. It`s produced by Sonic Media, with Ken Druckerman and Ben Hatta serving as executive co-producers. The current fourth season premiered on January 1, 2016 with an episode filmed on the island of St. Croix, providing a relaxing virtual tour of the beautiful Caribbean island vistas on New Year`s Day.

Families from different parts of North America and various walks of life decide to relocate to the Caribbean region – a move that seems highly relatable to many, especially in the winter season. The series follows such families as they search for that truly perfect house with a perfect view of the perfect landscape. The series provides a pleasant look at the luxury real estate opportunities in a paradise setting along with the presentation of the families and their reasons for wanting to change their lives.

HGTV was among the only three networks to increase their ratings for the year of 2015, along with FOX and Discovery Channel. In fact, it was the highest rated year ever for the network. The release of Caribbean Life makes perfect sense in light of the channel`s focus on the upscale female demographic and millennial viewers. The network hasn`t made an announcement concerning either a renewal or a cancelation of the Caribbean Life series, but it seems to be a likely candidate for renewal – a light-hearted stress-free lovely visual showcase of a relaxed lifestyle. Why not renew this enjoyable program?

Updated February 16, 2016: The HGTV network continues to expand its original programming with more than 750 hours of lifestyle and entertainment programs broadcast each year. It has been one of the top 10 cable networks in the last several years and continues to beat its own ratings records year after year. The executive team has just announced that 17 new programs will be added to the programming roster by the end of the year and most of the ongoing series have also been greenlit for additional cycles. The popular Caribbean Life has been officially renewed for a fifth season. The premiere date is yet to be scheduled so stay tuned for our updates.

UPDATED June 8, 2016: The new season of the dream lifestyle docu-series Caribbean Life has got its release date confirmed by HGTV. Iy is a part of a summer lineup of relaxed fun programs. The fifth season of the show will premiere with two back-to-back episodes on Sunday, August 28, 2016 at 9 and 9:30pm. New amazing, yet affordable properties with seafront views and sandy beaches at an arm`s length will be featured as their potential owners tour the areas. Sign up for our automatic reminders, get an e-mail one day prior to the premiere and don`t miss the eye candy that Caribbean Life is so full of.

Animal Planet is yet to renew Tanked for Season 8

The release date for Tanked Season 8 — PendingThis article has the most up-to-date info on the status of Tanked Season 8 as we continuously monitor the news to keep you in the know. Animal Planet is yet to make a decision on its future. Subscribe to…