This article has the most up-to-date info on the status of Mike Tyson Mysteries season 3 as we continuously monitor the news to keep you in the know. Adult Swim has officially renewed the series for another season expected to debut in Fall 2016. To get notified of the exact premiere date – subscribe for updates below. 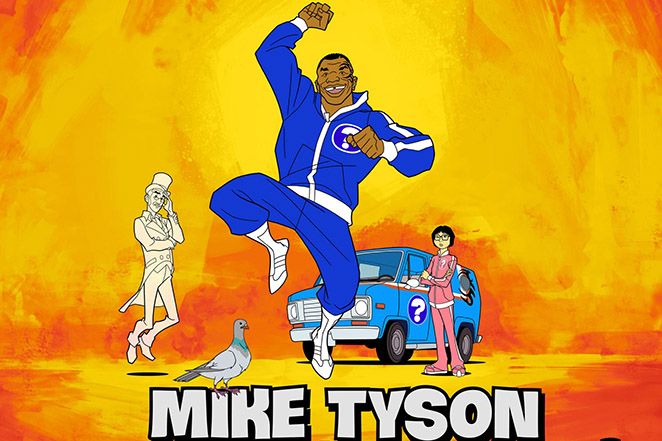 Mike Tyson Mysteries is an offbeat American comedy and mystery animated series. It is developed and produced by Hugh Davidson, executive produced by Sam Register and created by Warner Bros. Animation (their first series for Adult Swim). The series was originally released on October 27, 2014, and is currently in its second season, which debuted on April 17, 2016.

This adult animation series chronicles the adventures of an unlikely team consisting of Mike Tyson (voiced by himself), his adopted Korean daughter (the voice of reason in the group), the ghost of the Marquess of Queensbury (a flamboyant intellectual named after the real-life father of modern boxing) and an obnoxious pothead pigeon (who claims to be an ex-human cursed by his ex-wife) solving various mysteries. Even though there is a case to be solved in each episodes, the stories sometimes go off on a tangent and leave the plot ends hanging, since it is never really the point. The cases, whether it`s the mystery of the universe or the mystery of a suburban housewife`s car making strange noises, mostly offset the weird group dynamics.

Mike Tyson Mysteries is a perfect fit into Adult Swim programming – silly, sarcastic, bizarre, out of touch with reality familiar to most of us, and in a world of its own. The series has received generally favorable reviews from the critics and excellent ratings in its time slot. The second season has averaged just under a million viewers per episode so far, which is very good for a show this far from the mainstream tastes. Mike Tyson Mysteries` last completed installment bowed out on January 17, 2016 with an impressive 1.49 million viewers. The show has an 8.2/10 IMDb rating and seems to have found a steady fan base. Stay tuned for announcements regarding the series` future.

The oversized 20-episode second season of surreal animated series Mike Tyson Mysteries has bowed out on June 12, 2016 with its first ever 30-minute episode “The Farmer`s Daughter”. The plot featured Mike Tyson`s van breaking down, which led to the whole crew staying over at the house of the farmer they set out to help. While at the house Pigeon comes across the farmer`s daughter, who is not nearly as dead as her father claims. The viewership numbers for the second installment were perfectly on par with the freshman season, with the season premiere actually scoring the lowest ratings of the season, with 0.86 million viewers, and the final episode scoring 1.305 million viewers and a 0.62 demo rating. No surprise then, that the Mike Tyson Mysteries` official page on the Adult Swim website already says: Coming This Fall! Hurray for the hilarious and mind-boggling series! Stay tuned for a third season release date announcement!

Share this with friends:
ReleaseDate.show » Release » Adult Swim officially renewed Mike Tyson Mysteries for season 3 to premiere in Fall 2016
Related Serial
When Will