This article has the most up-to-date info on the status of Survivor’s Remorse Season 4 as we continuously monitor the news to keep you in the know. Starz has officially renewed the series for another season. To get notified of the premiere date – subscribe for updates below. 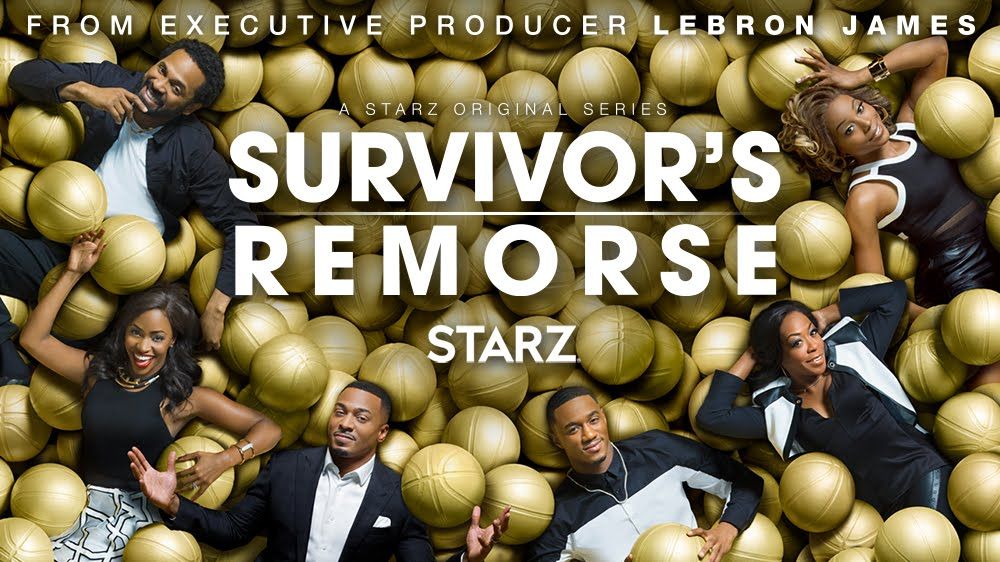 Survivor’s Remorse is an American comedy television show that centers around the lives of a fictional professional basketball player Cam Calloway and his family. The series first premiered on October 4, 2014 on Starz, and its third season debuted on July 24, 2016 with ten half-hour episodes.

Created by Mike O’Malley and executive produced by LeBron James, Survivor’s Remorse follows the life of Cam Calloway (played by Jessie T. Usher), a hotshot young basketball star who is thrust into the limelight after signing a huge contract with a professional basketball team in Atlanta. The show tackles topical issues faced by Cam and his cousin Reggie Vaughn (played by RonReaco Lee) in a humorous way as they struggle to reconcile their newly found fame and fortune. Coming from the toughest neighborhoods of Boston, the characters wrestle with the rewards of money, stardom, love and occasionally the self-induced guilt of their meteoric rise to the top.

Filmed in Atlanta, Georgia Survivor’s Remorse features Mike Epps, Tichina Arnold, Teyonah Parris and Erica Ash, among others. The third season picks up where the second season left off in a cliffhanger ending, and resolves it, featuring the death of uncle Julius. The family clan gets closer to comfort each other, and further drama ensues when life returns to its regular course with a long-distance relationship, an ancestral search, a wedding, and other sad and joyful events. Embraced by critics and audiences alike, the show has demonstrated consistently high ratings, increasing its viewership to over 1.34 million, and solidifying a comeback for another season. Starz has not yet officially announced its decision on the future of the show.

Starz’ popular comedy series Survivor’s Remorse has wrapped up the broadcast of its third season on September 25, 2016. The 10-episode season aired with excellent ratings that constitute an amazing 160% of the preceding installment’s numbers in both overall viewers and the demo rating. Season 3 averaged 0.86 million viewers and a 0.37 rating in the 18-49 demographic, while the season finale did not deliver particularly strong numbers, at 0.761 million viewers. The last episode wrapped with family issues surfacing across the board – Cam was dealing with the loss to the Celtics in the playoffs, M-Chuck continued looking for his dad, while Reggie abruptly rejected his recovering alcoholic father, and Cam visited his dad at the penitentiary. It seems that the next season will have to deal with the consequences of all the father issues that came up in the emotional season finale. Survivor’s Remorse has already been renewed for another installment, so we are eagerly awaiting its return, and perhaps even higher ratings.

UPDATED August 28, 2016: Starz’ hit sitcom Survivor’s Remorse is a rare example of a show which ratings are increasing progressively season to season. It is currently averaging close to three million viewers per episode, which is 20% more than the second season average, and up 60% from the first season numbers. No wonder that the network has confidently renewed the series for a fourth and fifth installment simultaneously on the wave of its popularity. Please stay tuned for release date information.

Share this with friends:
ReleaseDate.show » Release » Starz has officially renewed Survivor’s Remorse for Season 4
Related Serial
When Will

The release date for Suits season 7 — PendingThis article has the most up-to-date info on the status of Suits season 7 as we continuously monitor the news to keep you in the know. USA Network has officially renewed the series for another season…