The release date for The Block Season 13 — Pending

This article has the most up-to-date info on the status of The Block Season 13 as we continuously monitor the news to keep you in the know. Nine Network is yet to make a decision on its future. Subscribe to our automatic updates below. 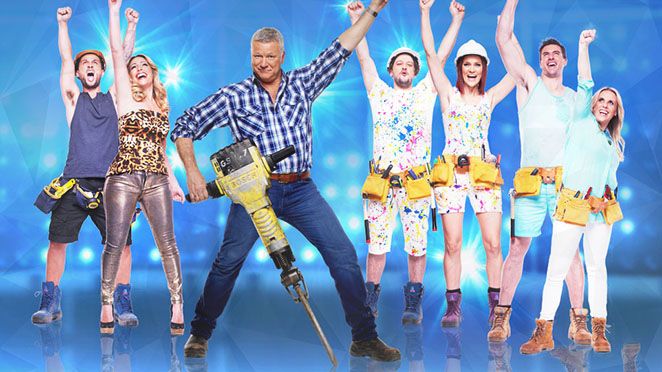 The Block is an Australian reality television series in which contestants compete to renovate a house and sell it at an auction for the highest price. The series is in its twelfth series, which premiered on August 21, 2016, and is currently airing on the Nine Network. Host Scott Cam and challenge master Shelley Craft return to the show for series 12 which has been renewed despite declining ratings. The three judges – Neale Whitaker, Shaynna Blaze and Darren Palmer – are also back.

The Block follows passionate DYI couples as they complete challenging renovation projects. Series 12 features the motivated couples transforming a heritage-listed soap factory, a 1920s art deco building in an oceanside suburb of Port Melbourne. They may profit from the sale of the building if the job is well done. The participants have to resurrect a derelict historic building and turn their spaces into luxurious apartments with outdoor terraces and lovely views of the city over a 12 week period.

The program has won a number of Logie Awards over the course of its run, and was in good shape ratings-wise before series 10, when it started losing ground. From then onwards it has not been able to regain the popularity that it has enjoyed previously. Series 12 premiered to 1.074 million viewers, and has averaged approximately 0.9 million viewers per episode so far. Additionally, for the first time in series’ history only one series is airing in 2016. The future of the series is not clear at this point, although it’s difficult to imagine The Block being canceled altogether at this point.

Subscribe to receive news and updates when a show is renewed or canceled. You will receive an automatic email when theThe Block Season 13 Episode 1 release date is officially announced.

Share this with friends:
ReleaseDate.show » Release » Nine Network is yet to renew The Block for Season 13
Related Serial
When Will

This article has the most up-to-date info on the status of Dickensian Series 2 as we continuously monitor the news to keep you in the know. Unfortunately, BBC One has officially canceled the series. There will be no Series 2.Production information…