The release date for From Dusk Till Dawn Season 4 — Pending

This article has the most up-to-date info on the status of From Dusk Till Dawn Season 4 as we continuously monitor the news to keep you in the know. Netflix is yet to make a decision on its future. Subscribe to our automatic updates below. 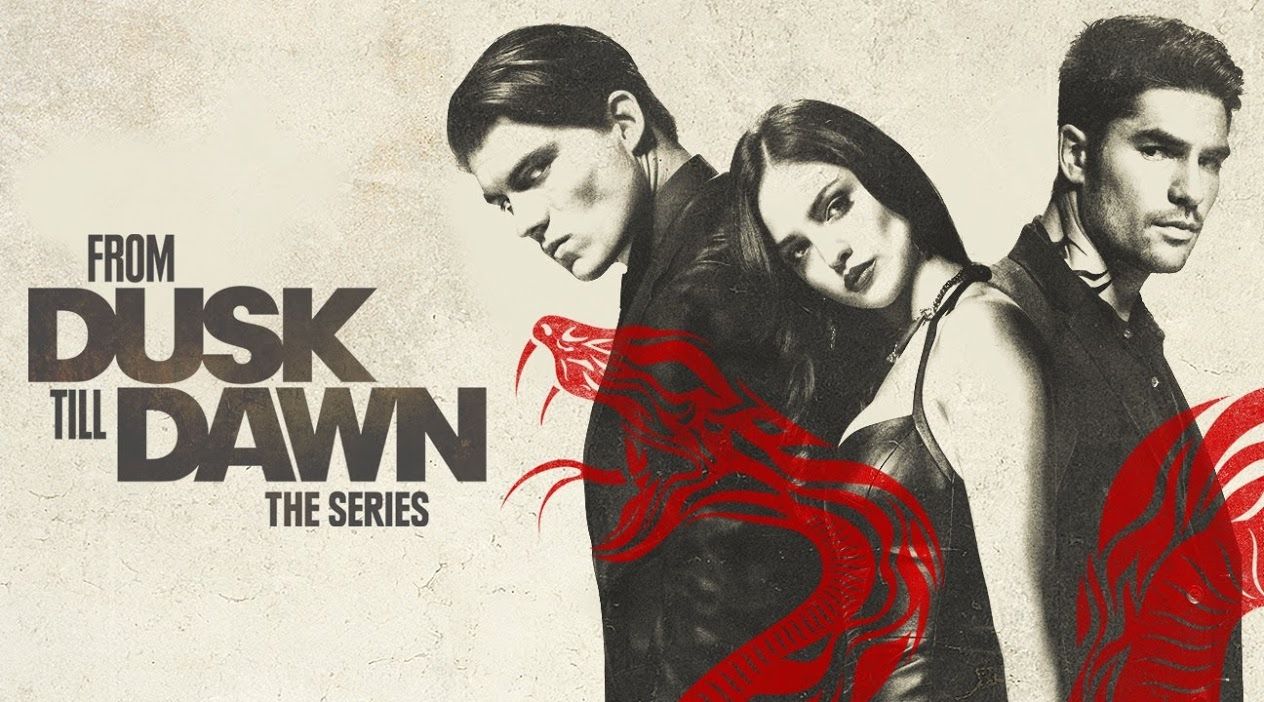 From Dusk Till Dawn is an American horror television series that reimagines Robert Rodriguez’s 1990s cult movie classic by the same name. Developed by renowned American director, screenwriter and producer Robert Rodriguez, the series is produced by Miramax, FactoryMade Ventures and Sugarcane Entertainment. From Dusk Till Dawn originally premiered in 2014. On September 6, 2016 the third series was made available to Netflix subscribers.

In the TV series Rodriguez follows Seth and Richie Gecko, the Fuller family and Santanico Pandemonium. In season 1 of the supernatural crime series, Seth Gecko and his ferocious brother Richie are wanted by the FBI and Texas Ranger after several people fall victim during a bank robbery gone awry. From Dusk Till Dawn season 2, which was broadcast in 2015, delves into a new and uncharted territory for the characters. The series allows the story to expand the story into Mexico and across Texas, and deepens the relationships between the characters. The third season begins six months after season 2 finale events, as the Gecko brothers are informed by the Lords that they are now collectors.

The show`s boasts positive reviews and a loyal cult following. Scores of 7/10 on IMDb and 81% on Rotten Tomatoes are sure signs that the future is looking optimistic for the show. Although there`s been no word on further renewal of From Dusk Till Dawn for a fourth season, we would be greatly surprised to hear that the show is canceled. Stay tuned for relevant news.

El Rey`s horror and action series From Dusk till Dawn has concluded the broadcast of its intense 10-episode third season on November 1, 2016. The dramatic final episode portrayed our characters actually racing against the clock to defeat Amaru who was back in the flesh, and save the world from being consumed by hell by closing the gate to Xibalba. The series airs on El Rey in the United States and Latin America, and is available on Netflix in other regions, and the word is out that the El Rey may not make a decision on the fate of the show until early 2017 due to its negotiations with the actors, whose contracts are up at this point. Another rumor has it that the show may take on a different format, such as a miniseries or a limited series. It is difficult to imagine that From Dusk Till Dawn will be canceled, since the series has amassed a considerable fan following and is really a landmark show for El Rey. Stay tuned, and we will be sure to bring you the latest info.

Subscribe to receive news and updates when a show is renewed or canceled. You will receive an automatic email when theFrom Dusk Till Dawn Season 4 Episode 1 release date is officially announced.

Share this with friends:
ReleaseDate.show » Release » Netflix is yet to renew From Dusk Till Dawn for Season 4
Related Serial
When Will

ITV is yet to renew Brief Encounters for series 2

The release date for Brief Encounters series 2 — PendingThis article has the most up-to-date info on the status of Brief Encounters Series 2 as we continuously monitor the news to keep you in the know. ITV is yet to make a decision on its future.…