This article has the most up-to-date info on the status of Grimm season 6 as we continuously monitor the news to keep you in the know. NBC has officially renewed the series for another season. To get notified of the premiere date – subscribe for updates below. 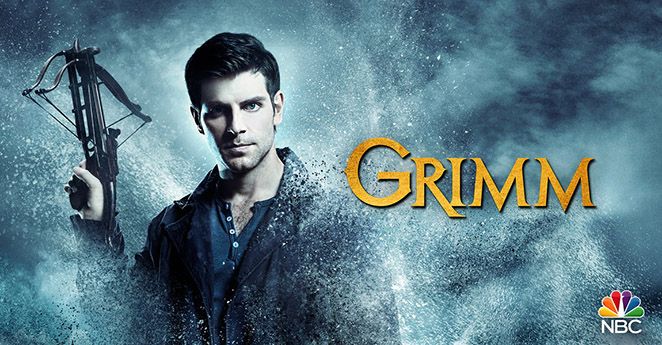 Grimm is a police procedural and fantasy/supernatural drama television series that has been on screen for five seasons as of the end of 2015. Created by Stephen Carpenter, David Greenwalt and Jim Kouf, the show originally aired on NBC on October 28, 2011.

Nicholas “Nick” Burkhard (David Giuntoli) is an excellent homicide detective – but not a regular one. He descends from the line of Grimms, guardians of the human world and fighters against supernatural evil beings that regular people can`t see. Many of the episodes` plots are inspired by the Brothers Grimm`s tales, but in a very approximate way, other episodes are based on original ideas. Nick battles many Wesen – mythical creatures with assistance from Hank Griffin (Russell Hornsby) , his best friend and partner detective and Monroe (Silas Qwor Mitchell), a Wesen who became friends with Nick and well-disposed to the human world in general. Nick`s girlfriend Juliette Silverton (Bitsie Tulloch) is forced to compete for Nick`s attention with the cunning Wesen Adalind Schade. Monroe finds his Wesen soulmate, Rosalee Calvert (Bree Turner), who joins the efforts to save humanity.

With a mix of horror, humor, romantic intrigue and crime in the works, Grimm has received mixed reviews from the critics, yet good viewer ratings. All of the five seasons have shared steady viewer support, and it is reasonable to assume that there is a good chance of the dark and moody series` prolongation to the utter thrill of its fans.

One of the most intense episodes of the current installment, the season finale featured Nick and his crew fighting the Wesen-led police, with the final scenes of the battle taking place at Nick`s home. An important artifact that showcased new powers in the final episode is The Stick, which seemingly relieved Eve/Juliette of her hexenbeiest powers, and will probably demonstrate more magic tricks in season 6. A lot more could come to light in the next season, which is likely to pick up right where the last one had left off with a To Be Continued… parting shot. As far as the ratings go, Grimm has lost 18% of its audience compared to the previous season, as well as over 22% of its demo rating, leaving the fifth season with an average of 3.9 million viewers per episode and a 0.89 rating. Despite the significant drop in viewership, season 6 is in production, set to air some time in the fall of 2016.

UPDATED December 22, 2015: NBC’s critically acclaimed crime drama show Grimm has only broadcast six episodes this year and at the moment, like most primetime television series, it is taking a holiday break. The remaining episodes of season 5 will be back on the air on Friday, January 29, 2016. Hopefully, the ratings will improve because at the moment they keep sliding down.

UPDATED April 7, 2016: Excellent news for the fans of NBC`s supernatural drama series Grimm – the program has been renewed for a sixth season, as the NBC Entertainment president Jennifer Salke announced. The ratings this season were impressive, with live viewership at 4 million and a 0.9 adults 18-49 demo rating, the numbers that increase 61 and 90 percent respectively in Nielsen L+7, to 6.4 million viewers and a 1.7 rating. The second season is going into production this month. Stay tuned for an announcement on the next season`s release date, or sign up for our automatic updates and receive relevant info via e-mail.

Share this with friends:
ReleaseDate.show » Release » NBC has officially renewed Grimm for season 6
Related Serial
When Will