This article has the most up-to-date info on the status of Dinotrux Season 4 as we continuously monitor the news to keep you in the know. Netflix is yet to make a decision on its future. Subscribe to our automatic updates below. 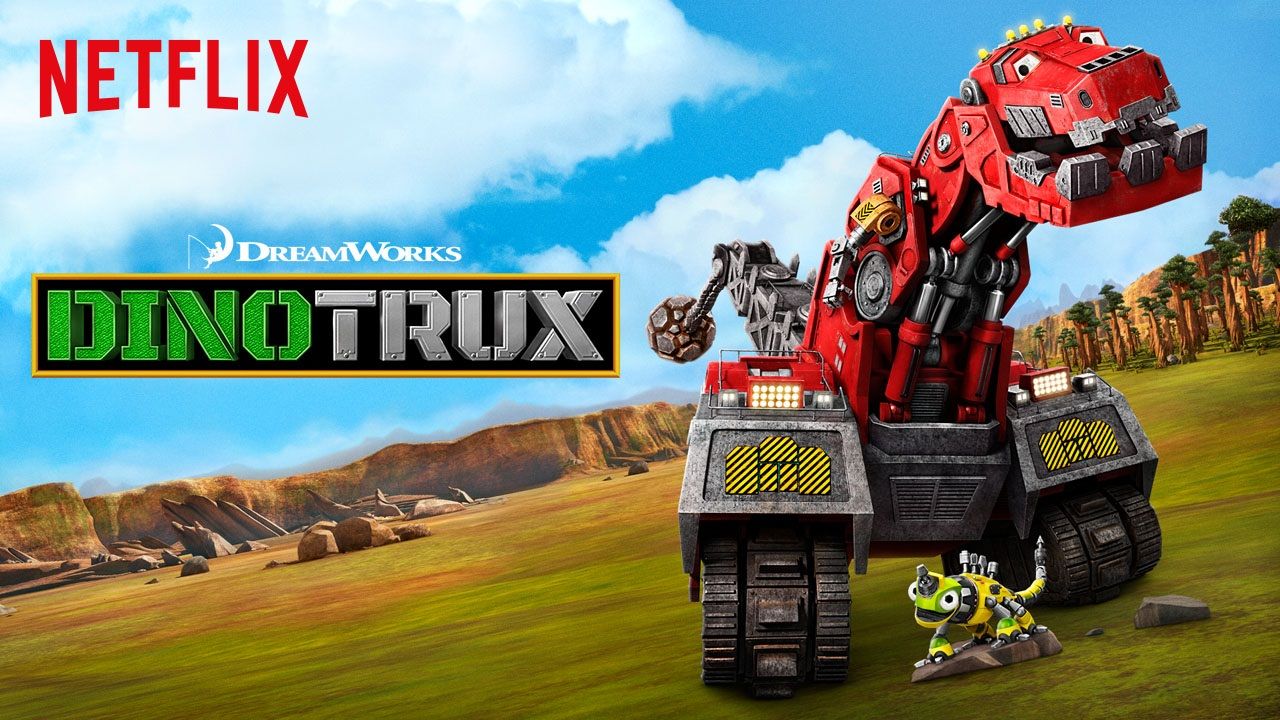 Dinotrux is an American computer-animated television series based on an illustrated children’s book by Chris Gall about a fictional prehistoric world inhabited by creatures that are part-dinosaurs, part-mechanical construction vehicles. Available on the VOD provider Netflix, Dinotrux is the latest in the line-up of original children`s series from DreamWorks Animation. The series is produced by David Kidd and Ron Burch and aired on Netflix on August 14, 2015. The third season was made available in its entirety on October 7, 2016.

This series features hybrid dinosaur-construction vehicles called Dinotrux and hybrid reptile-tools called Reptools who are set to build with and battle one another over three seasons. Dinotrux is set in a fantastical world filled with lava-flowing volcanoes and lush forests, a world that is dominated by mechanical creatures like Tyrannosaurus Trux, Scraptors and Tow-a-constrictors. Here the biggest guy and the smallest creature can become friends and indeed they do just that – the show`s heroes are Ty, a massive and fiercely loyal T-Trux with a big vision for a new world, and his best BFF Revvit, a Reptool who is the engineering brains of the operation. The second season introduced a new breed of creatures, gluphosaurs, whose weapon is spitting sticky glue at their enemies. The third season features some dangerous and exciting endeavors, with an active volcano, greedy Drillosauruses, trouble from Blayde who’s turned evil – Reptools have to deal with all of these… and there`s no end to the adventures and the fun that these awesome creatures are up to.

DreamWorks has a proven track record of creating exciting characters and colorful graphics. Netflix hoped that Dinotrux would attract kids and grownups alike and was so sure of the series’ success that the network planned a three-season run for the show right off the bat. Meanwhile, as the three-season run will be over at the end of the current installment, Netflix has not made any announcements regarding the future of Dinotrux yet. Considering the speed at which the series is being produced, and respectable review aggregator scores, Netflix is probably happy with the ratings the show is getting and solid reviews, and fans are likely to see another season of the show in the future.

Subscribe to receive news and updates when a show is renewed or canceled. You will receive an automatic email when theDinotrux Season 4 Episode 1 release date is officially announced.

Share this with friends:
ReleaseDate.show » Release » Netflix is yet to renew Dinotrux for Season 4
Related Serial
When Will