This article has the most up-to-date info on the status of Significant Mother Season 2 as we continuously monitor the news to keep you in the know. Unfortunately, The CW has officially canceled the series. There will be no Season 2. 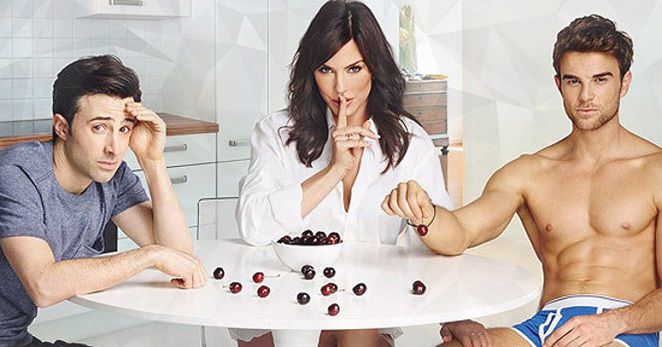 Significant Mother is an American television series starring Josh Zuckerman, Krista Allen and Nathaniel Buzolic. The series was created by Erin Cardillo and Richard Keith and premiered on The CW network on August 3, 2015.

Significant Mother follows the life of a promising Portland restaurateur Nate (Josh Zuckerman), his dysfunctional family and no less dysfunctional friends. After returning from a business trip, Nate discovers that his best friend and roommate, Jimmy, has slept with his recently separated mother, Lydia. But the true shock comes when Nate finds out that this wasn’t a one-night-stand and that Jimmy and Lydia are pursuing a long-term relationship. At the same time, Nate’s father, Harrison, is determined to win Lydia back and will do anything it takes to get her attention. Nate finds himself in the middle of a family feud and his best friend’s first serious relationship, a fact that brings him to the realization that his own love life needs some adjustment, as well.

Will Jimmy and Lydia stay together or will Harrison become the winner of Lydia’s heart? How will Nate deal with his unspoken love for his co-worker Sam? Those are the questions that remain unanswered and maybe The CW will pick up the show for another season to unveil those mysteries for the viewer. If so, we should see Significant Mother Season 2 in the summer of 2016.

UPDATED August 22, 2016: As The CW revealed its 2016-17 fall lineup, it was difficult to miss the fact that Significant Mother will not be returning with the second season. The Portland-set series did not deliver strong enough ratings and is making room for new series bound our way this fall. Sorry, we will not find out whether Jimmy and Lydia will remain together, or what is in the cards for Nate and his secret love Sam, at least not if another network doesn`t pick it up. Farewell, Significant Mother.

E4 is yet to renew Drifters for series 4

The release date for Drifters series 4 — PendingThis article has the most up-to-date info on the status of Drifters Series 4 as we continuously monitor the news to keep you in the know. E4 is yet to make a decision on its future. Subscribe to our…