The release date for Don’t Be Tardy Season 6 — Pending

This article has the most up-to-date info on the status of Don’t Be Tardy Season 6 as we continuously monitor the news to keep you in the know. Bravo is yet to make a decision on its future. Subscribe to our automatic updates below. 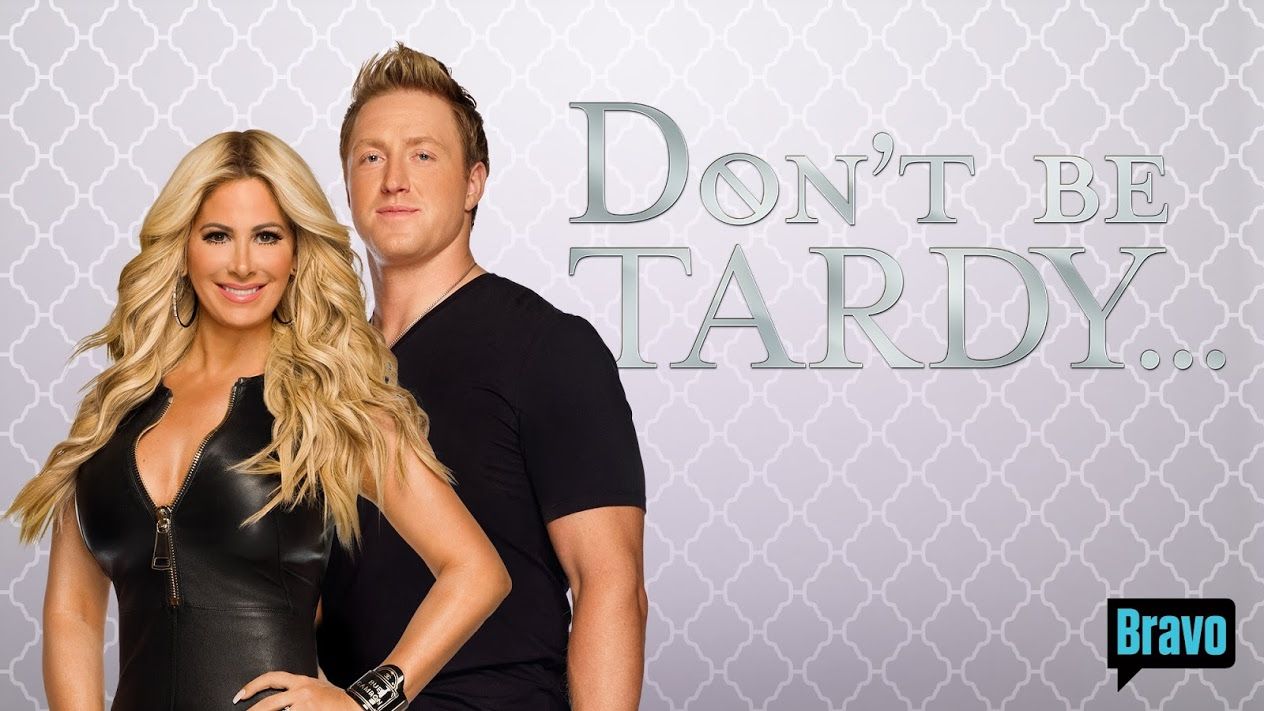 Don’t Be Tardy is an American reality television show that chronicles the daily lives of Kim Zolchiak (Real Housewives of Atlanta) and her family. Produced by True Entertainment, the series has been airing on Bravo since April 26, 2012. The current fifth season of the reality show debuted on September 14, 2016.

The series began as Don’t Be Tardy for the Wedding, which followed Kim and her husband, Kroy as they prepared for their wedding. Documenting Kim Zolchiak’s transition from Real Housewives of Atlanta to her own show as she takes care of her family, constructs her dream home and manages to live out of the townhouse with the couple`s growing family, the show is popular enough to stand firm for five seasons.

The current season continues to follow Kim, Kroy and their six children in their daily endeavors. Following her new chance at life after a stroke and serious heart surgery, Kim is busier than ever, launching her own line of skin care products, dealing with the kids and managing other aspects of their family life with Kroy.

The previous chapter attracted over 1.3 million viewers, and in tis current fifth installment the show is still a hit with audiences who love a healthy does of reality television. Season five premiered to 1.23 million viewers, but viewership immediately dropped to 0.73 million viewers the following week.Bravo has made no official announcements, but we expect that Kim’s popularity will push the network toward renewing Don’t Be Tardy for season 6.

Subscribe to receive news and updates when a show is renewed or canceled. You will receive an automatic email when theDon’t Be Tardy Season 6 Episode 1 release date is officially announced.

Share this with friends:
ReleaseDate.show » Release » Bravo is yet to renew Don’t Be Tardy for Season 6
Related Serial
When Will