This article has the most up-to-date info on the status of Mom season 4 as we continuously monitor the news to keep you in the know. CBS has scheduled the premiere date for a new season for October 27, 2016. 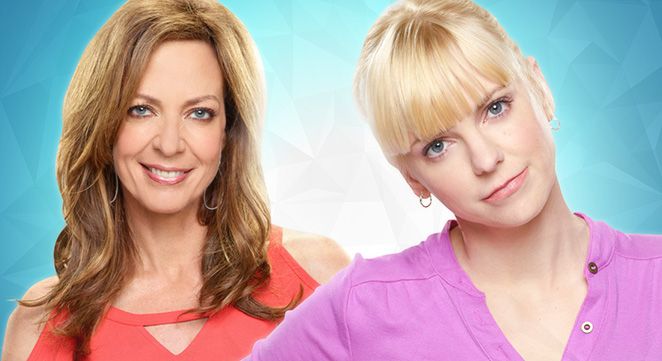 Mom is American situational comedy television series that premiered on CBS on September 23, 2013 and is currently into its third season. The show was created by Chuck Lorre, Eddie Gorodetsky and Gemma Baker, and is a genuine hit for the network.

The sitcom`s central themes are recovery from addiction, motherhood, family relationships, although other important and often difficult life issues are raised regularly. Christy Plankett (Anna Farris) is a single mother who has just sobered up and is recovering from a drug, alcohol and gambling addictions. Christy`s mother Bonnie Plankett (Alison Janney) is another recovering addict character in the show. Christy`s two children are also in the picture - older daughter Violet (Sadie Calvano) is a teen mother, just like her own mom once was, (only Violet decides to give the baby up for adoption for the sake of her better future), and younger son Roscoe (Blake Garrett Rosenthal), a bratty kid who idolizes his dad.

Mom has received universal acclaim from the critics, as well as a number of accolades, with Alison Janney being awarded an Emmy for Outstanding Supporting Actress in a Comedy Series, among other awards. The cast, especially the two leads, was praised unanimously for its wholesome performance, sincerity, social relevance and great laughs even in the most painful situations. The ratings have been climbing steadily over the two seasons, and the CBS network is unlikely to put an end to this true-to-life and positively charged series.

On May 18, 2016 CBS`s popular sitcom Mom has wrapped up its 22-episode third season with an audience of 8,14 million viewers for the final episode. The season delivered an average of 7.9 million viewers, which is a 20% (and a 2 million) drop compared to the previous season, which is definitely a significant one. The 18-49 demographic rating has lost 26% and constitutes 1.69 for the third chapter. Despite these losses, in March 2016 CBS renewed the series for a fourth season, slated to air in the fall of 2016. The series finale laid the groundwork for the next season, with Bonnie finally being able to express her love for her daughter Christy, who is desperate to raise the money for her tuition, and Christy coming to terms with her priorities and winning a scholarship, which would significantly help to carry her through the remaining years of college. Worries about Violet`s future are multiplied after her mom and grandmother discover her smoking bong at their house. How will all these single moms fare in the next season? Stay tuned and find out.

UPDATED March 26, 2016: The CBS network delivered an early Easter present to its showrunners and millions of fans by announcing a massive 11-series renewal of its currently running shows. This Easter basket includes two reality series, seven dramas and two highly-rated comedies. The Golden Globe award-nominated comedy series Mom has been officially greenlit for a fourth season. The positive decision on the show’s fate brought much needed relief to the producing team, as the critically-acclaimed comedy series has exhibited a significant 20% drop in its viewer ratings in its current third installment – the series is averaging 7.9 million viewers as compared to 9.9 last year. The premiere date for the next chapter is yet to be set, so stay tuned for the latest news.

UPDATED June 22, 2016: On June 21, 2016 CBS has announced its complete fall schedule for scripted series. The fourth season of Mom is set to premiere on Thursday, October 27, 2016 at 9:30pm following The Big Bang Theory and the series debut of The Great Indoors. The Golden-Globe nominated comedy series had some ratings issues in the preceding installment, and will hopefully overcome them in the upcoming chapter. How will life treat the three single moms in the focus of the series? Find out on October 27. Sign up for our automatic updates and receive an e-mail reminder of Mom season 4 premiere date one day in advance.