This article has the most up-to-date info on the status of Bones season 12 as we continuously monitor the news to keep you in the know. FOX has scheduled the premiere date for a new season for January 3, 2017. 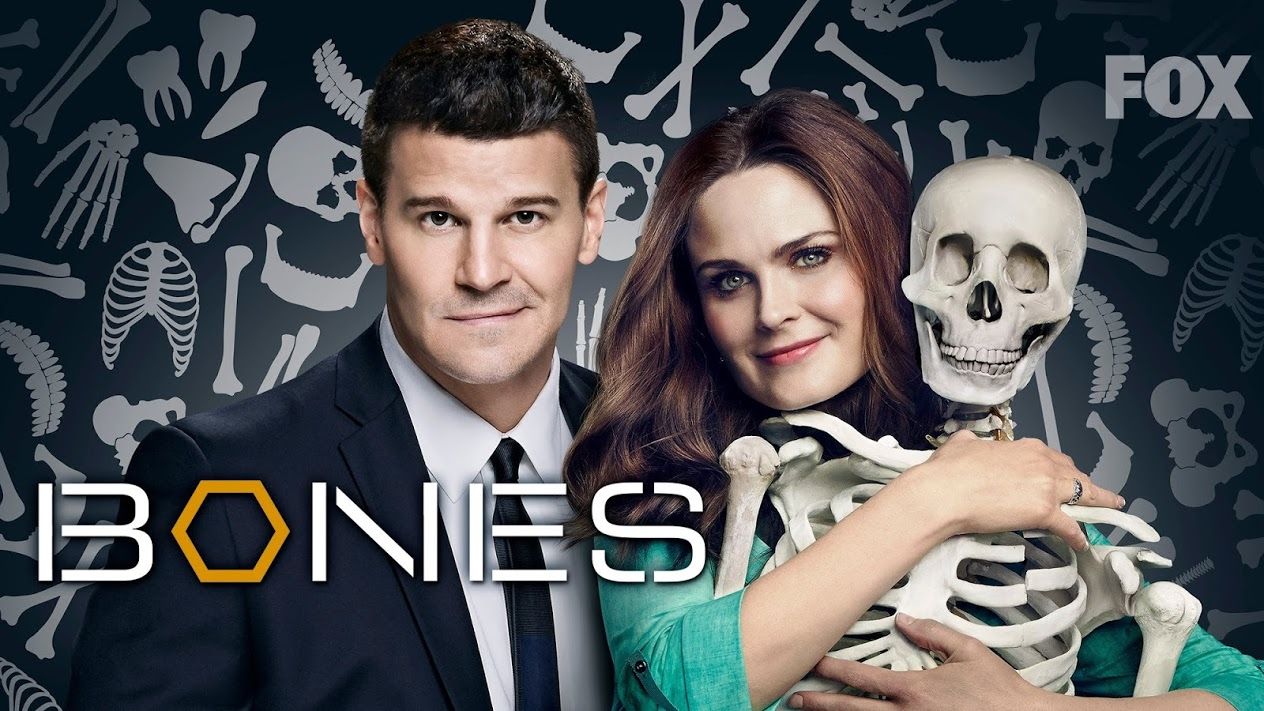 Bones is an American crime procedural drama TV series that focuses on FBI cases that concern the mystery behind human remains. Created by Hart Hanson, the series first aired in September of 2005 with season 11 premiering on FOX on October 1, 2015.

Special Agent Seeley Booth is an Army sniper turn FBI agent. He distrusts science when it comes to solving crimes and prefers good old methods of surveillance and interrogation. Dr. Temperance “Bones” Brennan is a forensics anthropologist who works at Jeffersonian Institution and is impressive in her ways of finding clues from bones and badly decomposed bodies. It’s no wonder that the Bureau calls her to assist with investigations that standard methods simply don’t work for. As the time goes by and they have more joint cases behind their belts, Booth and Brennan begin to respect each other not only professionally, but personally as well.

In season 11, Booth and Brennan have two children together and return to the jobs they have quit before. Without giving out too many spoilers, we will simply say that, as usual, bodies that are decomposed or burned beyond recognition are found and present missing phalanges and other challenges to Booth and Brennan.

Although Bones has been extremely popular with the viewers, it is unclear at this moment whether the series will come back next year. If FOX does decide to pick up the show for another season, we will see Bones Season 12 at some point next year.

The 11th season of Fox`s veteran procedural series Bones has wrapped up on July 21, 2016. The final 22nd episode, “The Nightmare in the Nightmare”, was broadcast with viewership at season low of 3.74 million viewers, perhaps due to the fact that the West Coast broadcast overlapped with Donald Trump`s acceptance speech at the Republican National Convention, cutti off the first half of the season finale. The final episode was in fact re-aired on the West Coast. During the last episode the team is continuing their investigation of the “Puppeteer” serial murderer. Brennan is feeling guilty for losing time during her short period of retirement, while Booth figures out the identity of the killer. Brennan also becomes the victim of a kidnapping by perpetrator later revealed as Zack Addy. The next, 12th season was announced as the final one for the popular series, and is set to contain 12 episodes. It is scheduled for release in early 2016.

Updated February 11, 2016: Have you been wondering when the second half of Bones` season 11 is coming back on the air? Well, it`s been over two months since the midseason finale, and the news is finally out, but the wait for the all-new episodes is still long. Fox`s veteran series will come back on the air on Thursday, April 14, 2016 at 8/7c. The remaining six episodes feature Hodgins in a wheelchair, two months into the rehabilitation process, attempting to carry on with his life. Booth and Brennan undertake a new murder investigation.

Updated February 26, 2016: In a U-turn decision Fox has announced a 12th, and final, season of its landmark procedural series Bones. This comes as a surprise after Fox chairman Dana Walden has insisted that there will not be another season of Bones just last month. The leading duo David Boreanaz and Emily Deschanel were able to reach an agreement with the network to everybody`s satisfaction, and this certainly includes the loyal fans of the show which has been on the air since 2005. Meanwhile the audience can enjoy the second part of season 11, which is set to air on April 14, 2016.

UPDATED October 28, 2016: The twelfth and final season of highly acclaimed American procedural Bones has just had its release date confirmed by Fox – on January 3, 2017 the 12-episode chapter will wrap up all of the story arcs, providing closure to all of the long-time fans. The creators and the network are promising appearances from the fan-favorite guest stars from seasons past, an old flame coming back for one of the team`s members, a wedding, a storyline involving a series killer, and should bring Fox`s longest running scripted series to an exciting end. Take note of the fact that the series will now air in a new time slot – on Tuesday at 9pm. Sign up for our automatic updates, and receive a reminder one day prior to the season 12 premiere of Bones.

FOX is yet to renew Rosewood for Season 3

The release date for Rosewood Season 3 — PendingThis article has the most up-to-date info on the status of Rosewood Season 3 as we continuously monitor the news to keep you in the know. FOX is yet to make a decision on its future. Subscribe to our…