This article has the most up-to-date info on the status of Dr. Jeff: Rocky Mountain Vet Season 3 as we continuously monitor the news to keep you in the know. Animal Planet has officially renewed the series for another season expected to debut in Early 2017. To get notified of the exact premiere date – subscribe for updates below. 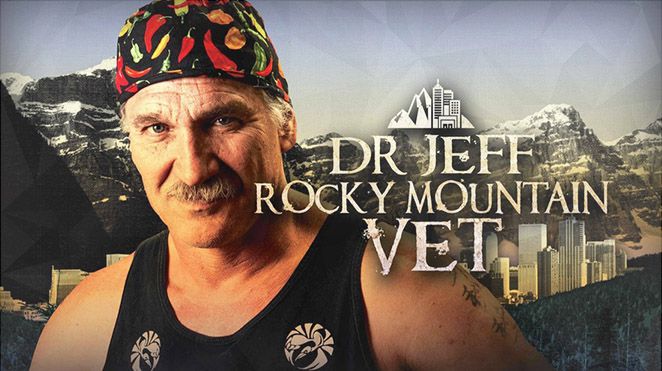 Dr. Jeff: Rocky Mountain Vet is a new American reality TV series that follows a vet as he treats pets and animals in his Denver based clinic. Produced by DoubleAct, the series has originally premiered in 2015, with the second season debuting on April 16, 2016.

Set in Denver’s Planned Pethood Plus veterinary clinic, Dr. Jeff: Rocky Mountain Vet features a vet ER where there is no such thing as an ordinary day. Dr. Jeff Young is a highly respected veterinary practitioner who offers one last hope to pets facing critical life and death situations. The good doctor and his team save thousands of animals from ailments like cardiac arrest and other deadly diseases. Young is a controversial figure, not the clean-shaven mainstream doctor you`d imagine, but a tattooed and bandana-wearing self-professed “hillbilly from Indiana”, which makes for interesting viewing.

Season 1 of the series aired 10 complete episodes. Dr. Jeff: Rocky Mountain Vet follows on the heels of another breakout hit for the network called Emergency Vets. Producers found Dr. Young on the internet and after watching a YouTube video of him giving a passionate speech on the subject of spaying and neutering, signed him to star in the show. Reviews have been mostly positive, with the viewership peaking at 1.2 million for the freshman season finale. The current season is full of more intense and interesting cases, mysterious diseases and Dr. Jeff`s big heart and life-saving capabilities, so enjoy the show and stay tuned for the latest news.

UPDATED October 1, 2016: Some great news that is even better than a regular renewal announcement – Dr. Jeff: Rocky Mountain Vet has indeed been renewed for a third series on Animal Planet, since the titular veterinarian doctor, who has been fighting cancer, is revealed to be recovering and feeling well. The renewal itself is far from surprising for this top-rated program, whose overall viewership in the second run showed a 40% improvement over season one. Stay tuned for a release date for the popular series’ third season debut.