This article has the most up-to-date info on the status of Reign season 4 as we continuously monitor the news to keep you in the know. The CW has scheduled the premiere date for a new season for February 10, 2017. 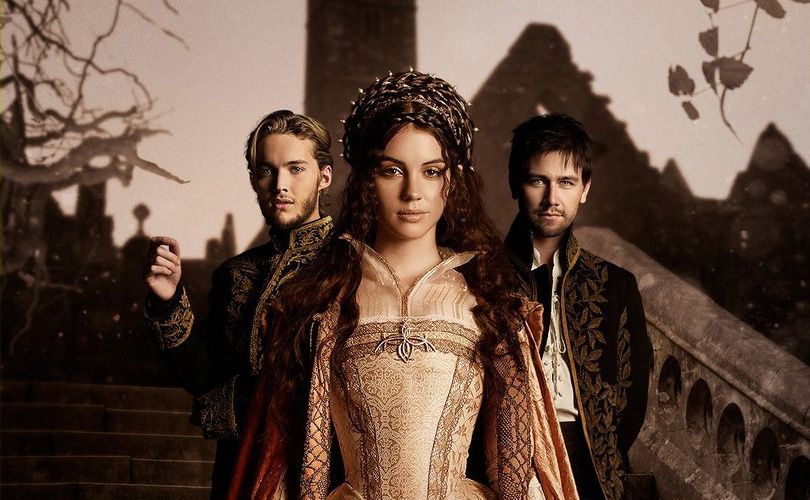 Reign is a US romance and historical fantasy television series that centers around Mary Stuart, the Queen of Scots, her young years spent in France and her rise to power. It was created by Laurie McCarthy and Stephanie SenGupta, produced by Joyful Girl Productions, Take 5 Productions, Whizbang Films, Warner Bros Television and CBS Television Studios and broadcast on the CW since October 17, 2013.

The first season is set in France and follows Mary Stuart`s (Adelaide Kane) life as a young girl in French court where she is forced to deal with royal conspiracies, power struggles, sexual awakening, ghosts, and many other complicated issues as she awaits her marriage to Prince Francis (Toby Regbo). The second season shifts to the time of Mary and Francis`s rise to the French throne as the country is thrown into a tumult by historical events – the consequences of the plague, death of King Henry, the unfolding conflict between Catholics and Protestants. Murder, betrayal and a sprinkle of the supernatural make the relationship of the royal couple a true ordeal.

The series have been criticized for its propensity towards teen drama and romance instead of historical accuracy. The creators have responded that this approach was deliberate, as has the choice of Mary Stuart as the historical subject. Her tumultuous life and several marriages seemed of high entertainment value. It has been nominated for many awards and won two in 2014. The ratings have slowly declined over the three seasons. Queen Mary`s eventful life story might not be rendered fully in the third season, so there seems to be a good chance of the Reign being picked up for another season, although there hasn`t been a word on the series` fate yet.

The third season of The CW`s historical fantasy series Reign has wrapped up on June 20, 2016. Its 18 episodes could barely contain the extreme amount of intrigue, betrayal, drama and romance that the characters had to face. The season finale of the series was seen by 0.97 million viewers, down just 0.02 from the season premiere viewership. The riveting last episode, titled “Spiders in a Jar”, was appropriately full of drama. Lola`s failed assassination attempt targeting Elizabeth leads to her beheading. Mary`s power is growing in Scotland, and her affair with Gideon resumes. Mary vows to strip Elizabeth of her throne when she learns what she has done to Lola. Claude and Leith are on the verge of marriage, but Leith is murdered as a result of intrigue. Elizabeth wants to marry Robert, but is appalled to find out that he is already a married man. As you see, there was no lack of action in the season finale, and the next season is likely to be just as jam-packed with dramatic events. In mid-March The CW has renewed Reign for a fourth season in spite of the fact that the series has lost approximately half of the audience over the course of its three completed seasons. Stay tuned for a release date announcement.

Updated February 12, 2016: Having aired the first ten out of the eighteen ordered episodes of the current season, the CW’s historical fantasy series Reign is on hiatus as of January 22nd. The second part of a third season is scheduled to be back on the small screen on a new night, Monday, April 25th at 8/9c. There’s still no word from the network about the fate of a fourth season of the show.

Updated March 12, 2016: The CW network, which programming slate in the past couple of years has included plenty of the award-winning and critically acclaimed television shows, announced yesterday a massive renewal of eleven of its current TV series. The winner of the 2014 People`s Choice Awards in the category “Favorite New TV Drama”, the fantasy drama series Reign has also been officially greenlit for another season. The show has never been one of the top-rated programs on the network, but it has been able to maintain a very stable viewership and has built quite a fan base. A new chapter of the story will come with some changes, as it has been revealed that Torrance Coombs will be leaving the show to star in a new ABC drama.

UPDATED November 17, 2016: Among The CW`s new and returning shows slated for midseason release in a recent announcement is Reign, a romanticized historic fantasy series that averaged close to one million viewers per episode in its freshman installment. The release date has been confirmed for Reign season 2, which should be back on Friday, February 10, 2017 at 9pm. Sign up for our automatic updates, and we will inform you of further details and drop you a reminder one day prior to the season premiere.

E! officially renewed The Royals for season 3 to premiere in December 2016