This article has the most up-to-date info on the status of L.A. Hair Season 5 as we continuously monitor the news to keep you in the know. WE tv has officially renewed the series for another season expected to debut in January 2017. To get notified of the exact premiere date – subscribe for updates below. 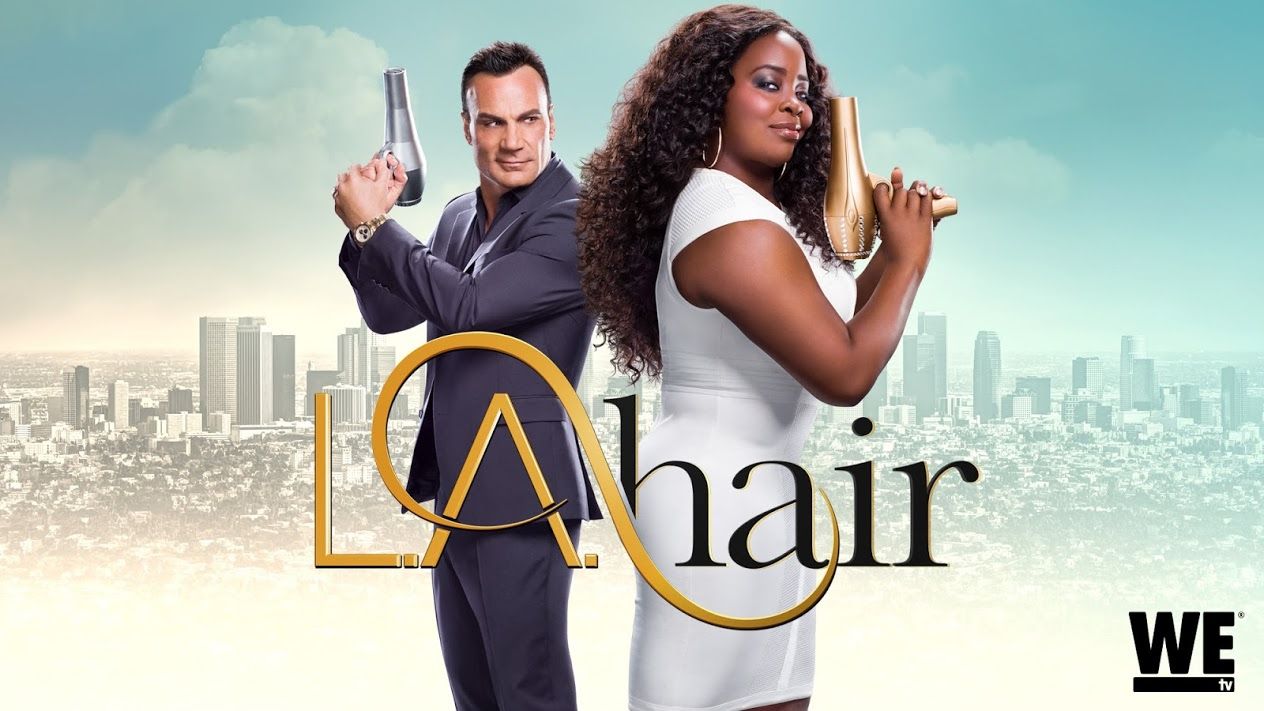 L.A. Hair is an American reality TV series that follows celebrity stylist Kim Kimble as she serves Hollywood’s A-list celebrities. Having clients as famous as Beyoncé, Mary J. Blige and Shakira, Kim’s name may not be known in every home in America, but it is a household name of every movie star and recording artist in Tinseltown. Consisting of 12 42-minute episodes, season 4 of L.A. Hair premiered on We TV on July 30, 2015.

When it comes to hair, Kimble Hair Studio is the to-go place for Hollywood’s elite. This series takes us deep into the competitive world of a high-end Los Angeles salon, where each of Kim’s stylists attempts to make their name just as famous as hers. But this isn’t as simple as it may seem, because Hollywood’s celebrities aren’t just your average Joes – they are fierce, demanding, don’t always know what they want, and can destroy a stylist’s reputation in under a day if they aren’t happy with the results.

In season 4, Kim hires a new stylist from Atlanta to spice things up, a decision that not everyone is happy with. In the midst of the drama associated with the new dog in town, she almost doesn’t notice that there is an informant in her salon who takes everything he sees to a rival celebrity hair master...

Although viewer ratings for L.A. Hair could be much higher, it seems that the series provides the drama and competition that the audience yearns for. At this moment, there has not been any official news on the future of the series, but we believe that we will see L.A. Hair Season 5 in the near future.

UPDATED December 1, 2016: Celebrity stylist Kim Kimble and her colleagues at the glamorous Kimble Hair Studio will be back with their fifth season on WE tv in January 2017. Airing a year and a half after the last season was launched, L.A. Hair is well overdue, and should pick up after the rocky season four finale, which saw a lot of interpersonal drama and broken friendships. Please tune in for a release date, and see what happens when the crew comes back.

Share this with friends:
ReleaseDate.show » Release » WE tv officially renewed L.A. Hair for Season 5 to premiere in January 2017
Related Serial
When Will