This article has the most up-to-date info on the status of 24 Hours in A&E Series 13 as we continuously monitor the news to keep you in the know. Channel 4 is yet to make a decision on its future. Subscribe to our automatic updates below. 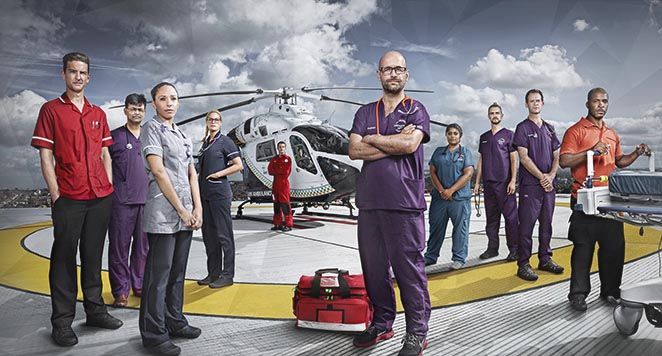 24 Hours in A&E is an award-winning British medical reality and documentary TV series, set inside St. George’s Hospital in West London. Produced by The Garden Productions Limited, the medical docuseries provides viewers with an unfiltered view of what goes on inside the Accident and Emergency (A&E) department within a 24 hour period. Series 1 premiered on Channel 4 on May 11, 2011, while the current 12th series kicked off on November 15, 2016.

With cameras filming round the clock, 24 hours per day for a period of 28 days, 24 Hours in A&E captures the realities of trauma treatment and offers unprecedented access to one of UK’s most important A&E medical centers. Using cameras set up around the facilities of St. George’s Hospital in Tooting Southwest London, the series paints a realistic picture of what life is like for the doctors of A&E and the average 350 patients they treat per day. Each episode shows doctors and other staff treating the patients as they are taken to the hospital for anything from minor medical conditions like scrapes and bruises, to more serious traumas as traffic accidents and violent assaults.

Series 12 has already introduced many cases, including a woman falling into her own empty swimming pool, a young man who ends up in the emergency room as a result of late-night partying, a motorcycle racer surviving a crash, and many other people`s lives saved by the dedicated medical crew. The series has a solid 8/10 IMDb rating and has consistently delivered above average ratings — averaging a steady 2 million viewers per episode. The current season is doing almost as well, having premiered to an audience of 1.67 million viewers, which is a decline from previous series, yet a strong number nonetheless. The hit series has a numerous following, and its amazing portrayal of the highs and lows of doctors` work under extreme pressure will very likely warrant the renewal of 24 Hours in A&E for another series. Stay tuned and we`ll be sure to inform you when relevant announcements are made.

Subscribe to receive news and updates when a show is renewed or canceled. You will receive an automatic email when the24 Hours in A&E Series 13 Episode 1 release date is officially announced.

Share this with friends:
ReleaseDate.show » Release » Channel 4 is yet to renew 24 Hours in A&E for Series 13
Related Serial
When Will