This article has the most up-to-date info on the status of Comic Book Men season 7 as we continuously monitor the news to keep you in the know. AMC is yet to make a decision on its future. Subscribe to our automatic updates below. 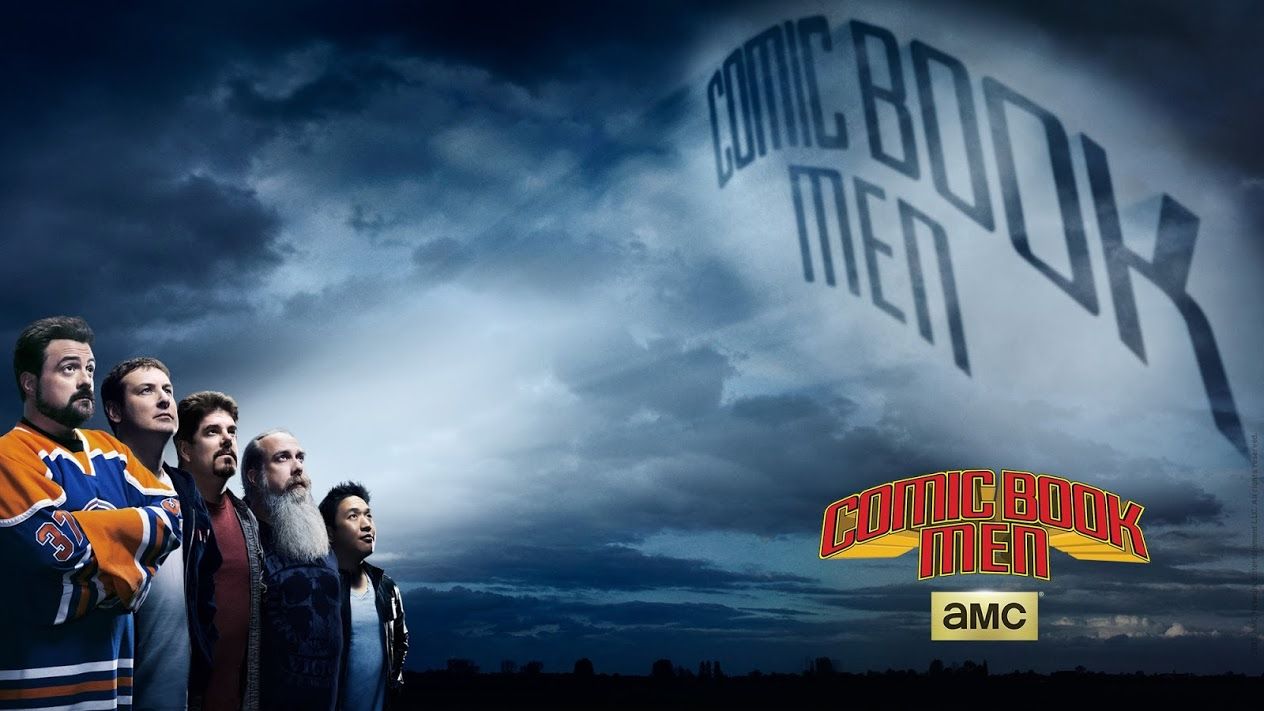 The AMC unscripted reality series Comic Book Men is set in an actual comic book shop owned by filmmaker and comic book lover Kevin Smith. Smith has developed the series, stars in it and is one of the executive producers. The show premiered on February 12, 2012 and is currently in its sixth season, which premiered on October 23, 2016.

The life in and around Jay and Silent Bob`s Secret Stash, a comic book shop in New Jersey owned by Kevin Smith is portrayed in this TV show. The key cast includes Smith himself, Walt Flanagan, the manager of the store, comic book artist and Smith`s long-time friend, Mike Zapcic, a walking encyclopedia of all the comics ever printed, Bryan Johnson, another friend of the shop owner and Ming Chen, a computer whiz who provides technical support for all of the online projects undertaken by Smith. There is a perfect mix of smart, hilarious dialogue, comic book, TV and movie references, comic book barter in Comic Book Men, which its own fans call “an awesome show about nothing”. Kevin Smith`s website contains online podcasts that accompany each episode.

The life of a typical comic book store around the corner and the comic fan culture are explored in Comic Book Men. Most of the series` avid fans are comic book readers, and while at first glance this seems to be a small niche audience, the viewership numbers are still strong, and the show is up there not too far behind the leaders of the ratings charts. Season 6 debuted with 0.94 million viewers and a 0.46 demo rating, and is currently airing with approximately 0.8 million viewers tuning in. Will the series` loyal audience remain faithful to it throughout the sixth season and prompt AMC to announce its renewal?

Subscribe to receive news and updates when a show is renewed or canceled. You will receive an automatic email when theComic Book Men season 7 Episode 1 release date is officially announced.

Share this with friends:
ReleaseDate.show » Release » AMC is yet to renew Comic Book Men for season 7
Related Serial
When Will

Netflix is yet to renew Richie Rich for Season 3

Hallmark has officially renewed When Calls the Heart for season 4