This article has the most up-to-date info on the status of Little People, Big World Season 12 as we continuously monitor the news to keep you in the know. TLC has scheduled the premiere date for a new season for November 22, 2016. 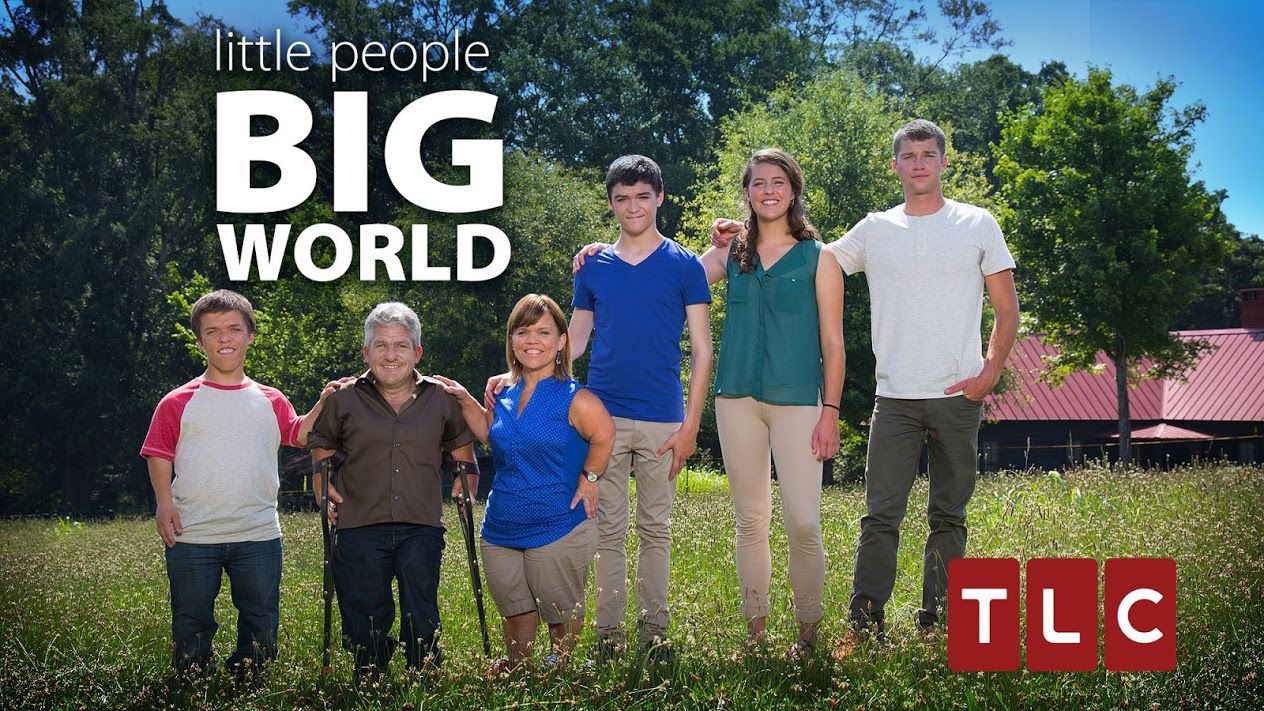 Little People, Big World is an American reality TV series that follows the Roloff family living on a farm near Portland, Oregon. Of the six family members featured on the show, mom Amy, dad Matt and one of their sons, Zach are living with dwarfism. Produced by Gay Rosenthal Productions, season 1 of Little People, Big World debuted on TLC on March 4, 2006.

Despite the sometimes bumpy road, Little People, Big World has a pretty successful run. The show follows Matt and Amy Roloff, who are considered little people, and their children — Zach who is also a little person, his fraternal twin Jeremy, sister Molly and brother Jacob who are all average height. Low ratings had nearly shut down the show in 2010 when TLC announced that season six will be the last. Following the season finale, several specials aired including an emotional special episode that showed Amy and Matt’s marriage crumbling after 26 years of marriage.

Little People, Big World season 10 returned to TLC on July 7, 2015 and has significantly focused on Jeremy and Audrey’s relationship. From their initial meeting to the eventual walk down the aisle, the show is now playing up another romance in an effort to keep the fans interested and the ratings up. Ironically the season premiere, titled “Jeremy & Audrey’s Journey to I Do” aired just one month after Amy and Matt officially filed for divorce. TLC has made no announcements regarding renewal of Little People, Big World season 11.

The 11th season of Little People, Big World has concluded on TLC on July 26, 2016. The broadcast of the popular reality series has wrapped up with an audience of 1.46 million viewers and a 0.32 rating in the 18-49 demo. The slow disintegration of Amy and Matt`s long-standing marriage has been going on over the course of the most recent season, and the season finale “The Next Wrap” portrayed them discussing their past together, attempting to redefine themselves as individuals and their potential goals for the future. Matt has experienced some serious health issues, so the upcoming twelfth season, set to air in the fall, will feature his post-surgical recovery, while Amy explores the long-forgotten single life. Meanwhile, their children are still in the process of transitioning into adulthood, and Matt may need their assistance with the farm in the next season until he has recovered completely. Stay tuned for a release date of the upcoming 12th chapter, and we`ll bring you the updates as soon as they become available.

UPDATED April 14, 2016: TLC`s veteran series Little People, Big World is coming back to the small screen very soon. The second part of the season 11, full of intense family drama and major changes in the setup, will be back on May 10, 2016. Matt and Amy Roloff are finalizing their divorce, while Zach and Tori are settling into their new life as newlyweds, and Jeremy and Audrey get used to Bend, Oregon, their new home. A one-hour special on the wedding of Tori and Zach is set to broadcast prior to the beginning of season 11 part 2 on Tuesday, May 10, 2016 at 10/9c.

UPDATED July 28, 2016: The eleventh season of Little People, Big World has just concluded on July 26, 2016, and the announcement regarding the next season release date has already been made. Season 12 is scheduled to come out rather soon, in the fall of 2016, exact date to be announced later on. Matt and Amy`s lives following their divorce will be highlighted during the upcoming chapter. Additionally, the 10-year anniversary of the show is going to be celebrated by a 2-hour special on the life of the Roloff family on TLC on August 2, 2016 at 9pm. Sign up for our automatic updates and we will be sure to inform you of the show`s release date as soon as it is announced.

UPDATED October 21, 2016: TLC’s veteran fan-favorite show Little People, Big World is returning with its twelfth season, and it will portray a very different life for the Roloffs. Matt and Amy are now separated, yet their lives are still inevitably connected, while Matt is dealing with the post-surgical consequences. In the very first episode Camerino, the farm foreman and almost a family member for the Roloffs is under the threat of deportation to Mexico. Tune in on Tuesday, November 22, 2016 at 8/7c and find out for yourself what the Roloffs are up to this year.

Channel 4 is yet to renew Food Unwrapped for series 9

The release date for Food Unwrapped series 9 — PendingThis article has the most up-to-date info on the status of Food Unwrapped Series 9 as we continuously monitor the news to keep you in the know. Channel 4 is yet to make a decision on its future.…