The release date for The Strain Season 4 — Pending

This article has the most up-to-date info on the status of The Strain Season 4 as we continuously monitor the news to keep you in the know. FX has officially renewed the series for another season expected to debut in Summer 2017. To get notified of the exact premiere date – subscribe for updates below. 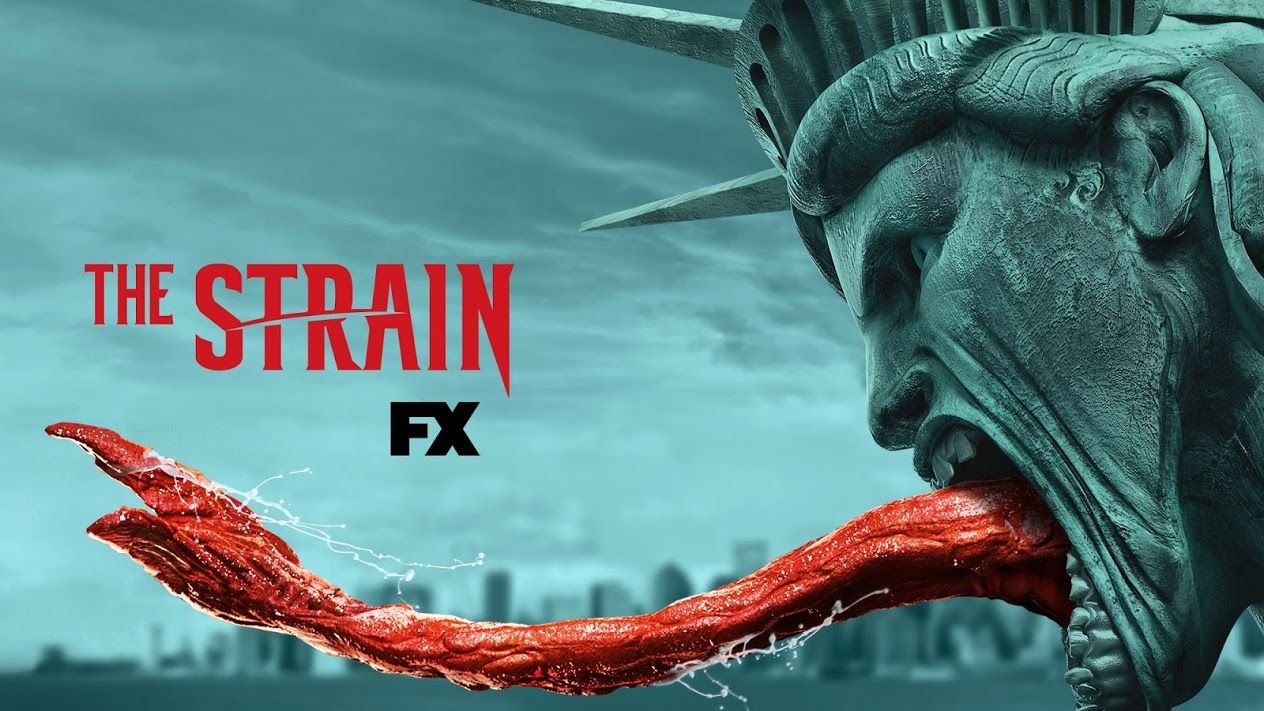 After an airplane full of dead people lands in New York City, CDC Dr. Ephraim Goodweather is called upon to investigate. What he discovers is more alarming than any terrorist attack. The passengers on that plane were infected with an ancient strain of a vampire virus and now that virus is about to go viral on the East Coast. Goodweather, along with his colleagues and a group of good Samaritans hold the fate of humanity in their hands as they battle the infected and try to find ways to curb the virus.

In season 2 it becomes clear that New York City has fallen to the epidemic. Dr. Ephraim and his team decide to take on a new approach and concentrate on finding a biological weapon that would wipe out the vampires. Season 3 kicks off with New York City in the midst of a full-blown epidemic, the population left by the US government to fend for themselves.

The Strain has received critical acclaim and enjoyed good viewer ratings. Full of gore, blood and survivalist drama, it’s not anything amazingly original, but is well-made, and definitely touches upon subject matter that the audience thrives on. The current third season had a strong debut with 1.36 million viewers and a 0.62 rating in the demo. No word regarding the renewal of the dystopian horror series for another season, so please stay with us for the latest news.

On October 30, 2016 the third season of FX`s critically acclaimed vampire horror series The Strain has wrapped up its broadcast that spanned ten episodes. The viewership ratings declined significantly over the course of the season, from the season premiere audience of 1.35 million viewers to 0.89 million viewers for the finale, while season 2 viewership has never dipped below one million. The action-packed last episode featured Palmer and Setrakian`s plan to lure and entrap the Master in the sarcophagus going sour. The Master managed to transform into Palmer and get the nuclear bomb from his vault. The bomb is then planted in the Statue of Liberty, and the detonator is given to Kelly, who later attacks Eph and is killed by him in self-defense. Subsequently Zach detonates the bomb out of vengeance for his mother`s death, and the nuclear debris obscures the sun, allowing the strigoi not to hide during this time, which sets off a real rampage. Setrakian and his crew are forced to go underground, Eichorst and Zach leave together, and Eph is looking for Zach in the middle of the ensuing chaos. The network has already renewed The Strain for the fourth and final season which is scheduled to air in the summer of 2017, so please stay tuned for further information.

UPDATED September 28, 2016: With the third season of The Strain still on the air, FX has announced the renewal of its vampire thriller for its fourth and final season, which is tentatively scheduled to air in the summer of 2017. No further details regarding the plot details or cast changes have been revealed yet, so please stay tuned for further information. Meanwhile, enjoy the rest of the third season, which will conclude on October 30, 2016.

Share this with friends:
ReleaseDate.show » Release » FX officially renewed The Strain for Season 4 to premiere in Summer 2017
Related Serial
When Will

The release date for Zoo Season 3 — PendingThis article has the most up-to-date info on the status of Zoo Season 3 as we continuously monitor the news to keep you in the know. CBS has officially renewed the series for another season expected to…

This article has the most up-to-date info on the status of Containment season 2 as we continuously monitor the news to keep you in the know. Unfortunately, The CW has officially canceled the series. There will be no season 2.Series info and…