This article has the most up-to-date info on the status of Black Ink Crew: Chicago season 2 as we continuously monitor the news to keep you in the know. VH1 is yet to make a decision on its future. Subscribe to our automatic updates below. 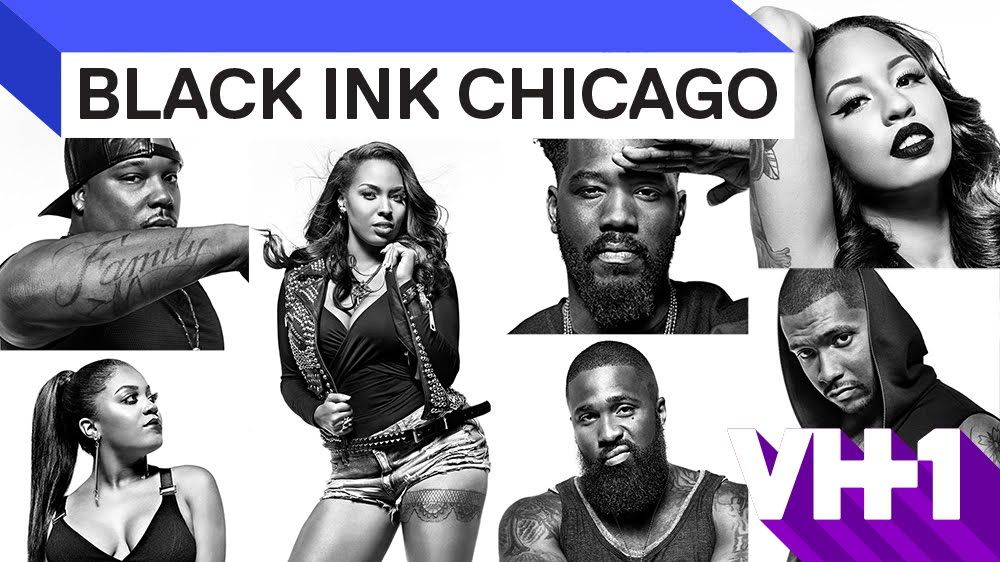 Black Ink Crew: Chicago is a new American reality series that follows the daily life of a tattoo shop owned and operated by an African-Americans crew, and broadcast on VH1 onMonday nights. The series is a spin-off from Black Ink Crew, a successful reality series set in New York City`s Harlem. It is co-produced by Big Fish Entertainment and VH1 Productions.

9Mag, a tattoo shop in Chicago, was set up by Ryan in the wake of a tragedy – the death of his sister and little niece – in his sister`s honor. As the main characters gather in the shop to work, flirt, and party after hours, there are challenges to deal with, both personal and professional. The 9Mag shop is rising to fame before our eyes, with their top-notch professional skills and personal charisma. Most of the action, however, comes from the relationships, mostly short-term, flickering right in front of the camera, and the fights that ensue when they flare up on someone else`s territory. The cast is completely outspoken, with bleeping taking up a considerable amount of time and fights every so often ready to get to the physical stage.

The tattoo artists Kat,Van and Phor along with Phor`s assistant and younger brother Don, manager Charmaine and receptionist Danielle are the close-knit crew of Ryan`s 9Mag tattoo shop. Will the audience manage to form an emotional bond to them and vouch for a renewal? Will the ratings be high enough? Its ancestor show, Black Ink Crew, is in its third season and going strong, while Black Ink Chicago is holding a good 0.9 million viewers by the TV on Monday nights, so there is a considerable chance of a continuation.

Subscribe to receive news and updates when a show is renewed or canceled. You will receive an automatic email when theBlack Ink Crew: Chicago season 2 Episode 1 release date is officially announced.

Share this with friends:
ReleaseDate.show » Release » VH1 is yet to renew Black Ink Crew: Chicago for season 2
Related Serial
When Will

E4 is yet to renew Tattoo Fixers for series 3

The release date for Tattoo Fixers series 3 — PendingThis article has the most up-to-date info on the status of Tattoo Fixers Series 3 as we continuously monitor the news to keep you in the know. E4 is yet to make a decision on its future. Subscribe…