This article has the most up-to-date info on the status of Ash vs. Evil Dead season 2 as we continuously monitor the news to keep you in the know. Starz has scheduled the premiere date for a new season for October 02, 2016. 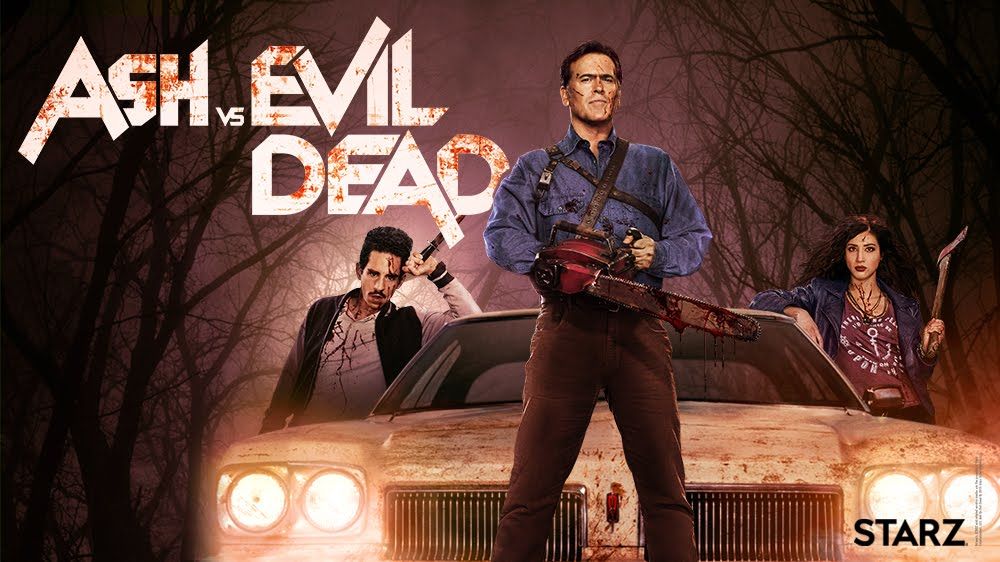 Ash vs. Evil Dead is an American comedy horror TV series produced by Renaissance Pictures for Starz. It debuted on October 31, 2015. It was developed by Sam Raimi, Ivan Raimi and Tom Spezialy based on the characters created by Sam Raimi.

Set in the Evil Dead Universe, the series is somewhat of a sequel to the four Evil Dead feature films (1981-2013), loved by many. Ash is the protagonist who migrated into the series from the film. He is the only hope for mankind when Deadite plague hits. There are cheesy jokes, blood-splattering, chainsaw buzzing, lives saved, Ash triumphant over and over again – a perfect formula for great entertainment that draws on one of the audience`s favorite cult films. The show`s creators actually mentioned that Starz was the only network that didn`t require them to create a softer television version without all the blood and gore, instead of doing exactly what they wanted, which was deemed inappropriate by other channels. If you are in the mood for a nostalgic VHS-style gore-filled horror with a smile – this is it!

Remarkably, the series` renewal for a second season was announced even prior to its premiere. Apparently, the network was more than convinced of the show`s success, and it was right to an extent – the viewership numbers for Ash vs. Evil Dead aren`t huge, but steady. The critical reviews are generally favorable. Will Ash`s charisma and the bloody and humorous style carry the show to new heights? WIll the second season offer something new to the audience? Does the audience need anything new from a show with this long a history? Not necessarily.

UPDATED July 7, 2016: Another season of delightful blood and gore is heading our way soon enough! Starz has just confirmed that the 10-episode second season of Ash vs. Evil Dead is bound to hit the small screen in October 2016, exact release date TBA. Ash will set out for his hometown of Elk Grove to join forces with Ruby (Lucy Lawless), his one-time enemy and owner of Necromicon. The sophomore season will also introduce new cast members: Lee Majors, Michelle Hurd (Daredevil) and Ted Ralmi (Xena: Warrior Princess). Sign up for our automatic updates and we`ll inform you of the premiere date of Ash vs. Evil Dead season 2 as soon as it is set.

UPDATED August 2, 2016: As Starz has announced today, Ash vs. Evil Dead will launch its second season with an extended premiere episode on October 2, 2016 at 8pm. The season will be comprised of 10 episodes and will feature Ash’s return to Elk Grove, where the Evil Dead needs to be overcome once again. He will have to pause his comfy Jacksonville retirement life, and join forces with an unlikely partner, Ruby. There are additions to the cast of the Starz original series this season– Lee Majors (Ash’s father), Ted Raimi (best friend from childhood), and Michelle Hurd (high school sweetheart). Sign up for our automatic updates and receive a reminder one day prior to the premiere date of Ash vs. Evil Dead season 2.