This article has the most up-to-date info on the status of Ballers season 3 as we continuously monitor the news to keep you in the know. HBO has officially renewed the series for another season expected to debut in Summer 2017. To get notified of the exact premiere date – subscribe for updates below. 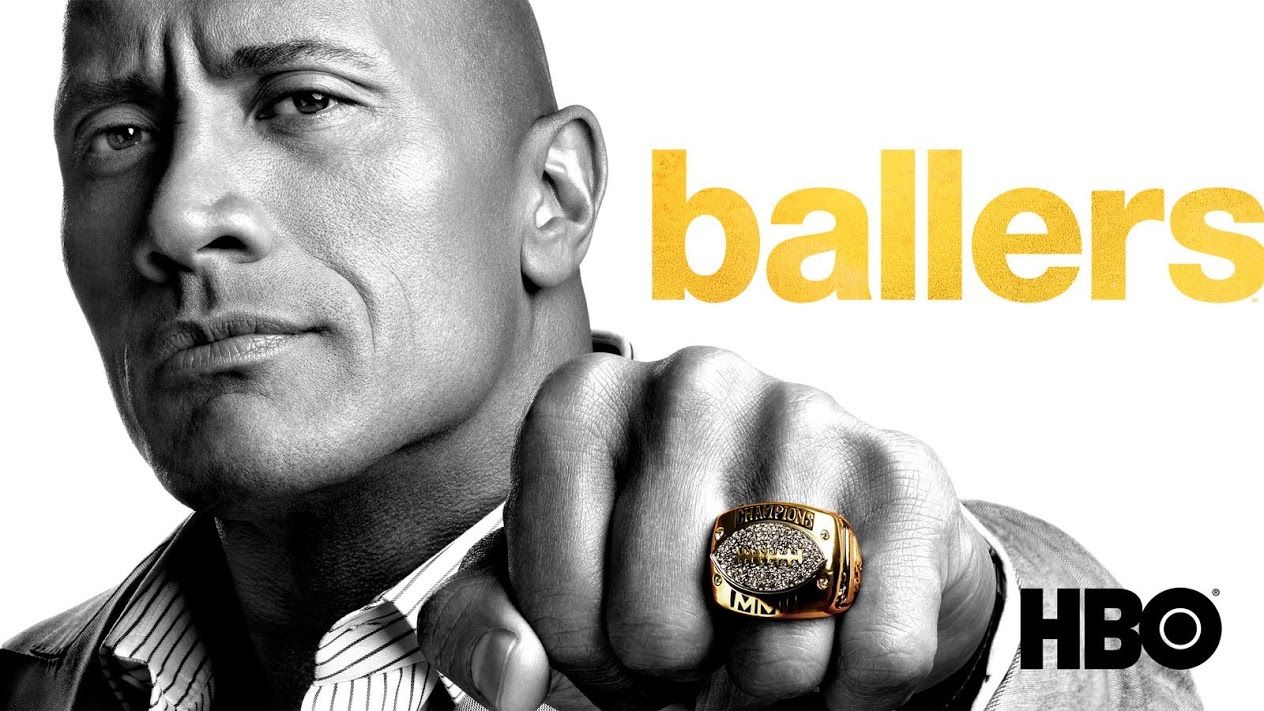 Ballers is the newest sports drama TV series that emerged on HBO last year. Diving deep into the whirlwind lifestyle of the former and current football players, the series dishes real-life drama with stars like Omar Benson Miller, Donovan W. Carter and many others. A brainchild of Stephen Levinson, best known for created the hit series Entourage, season 1 was executive produced by Hollywood heavyweights including Mark Wahlberg and Peter Berg. Ballers debuted on HBO on June 21, 2015, while the second season opened on July 17, 2016.

The hit sports comedy Ballers features a charismatic and extremely talented Dwayne Johnson as Spencer Strasmore, a retired NFL player turned financial manager. Supported by a stellar cast, including Omar Miller, Rob Corddry, John David Washington, Donovan W. Carter, Troy Garity, London Brown a d Jazmyn Simon, the series follows the lives of the athletes as some try to balance their careers and family lives, while others reinvent themselves in another career.

Considering the overwhelmingly positive reviews and wide international audience, HBO’s decision to renew Ballers for season 2 was not all that surprising. The first season gathered nearly 9 million viewers across all of the network’s platforms. Season 2 debuted to an audience of 1.59 million viewers, slipping to 1.28 million for the next two episodes. Even more excitement and drama is featured in the second season, as Dwayne Johnson returns to the show. The series is delivering excellent ratings, and it seems like a renewal is very likely. Please stay tuned for relevant news.

HBO’s hit sports comedy series Ballers has wrapped up the broadcast of its 10-episode second season on September 25, 2016. In the last episode Spencer scrambles to recover what he has lost, Ricky expects a life-changing call, Charles is offered an excellent chance by Siefert, but there’s a price tag attached to it, meanwhile, Vernon takes a road trip. The season finale, Game Day, attracted an audience of 1.1 million viewers and garnered a 0.53 demo rating, which is actually a number closer to the season lows, and significantly lower than the season 2 premiere viewership of 1.59 million. The excellent reviews and solid viewership have already prompted the network to renew the show for a third installment shortly after the season 2 premiere. Rumors have it that the production team is hard at work to have the third season out in the summer of 2017, yet there seems to be an issue with The Rock’s availability for filming. Stay tuned and we’ll bring you the latest news.

UPDATED August 17, 2016: Just two episodes into the second season of the hit sports drama series, Ballers has been renewed for a third season by HBO. Dwayne “The Rock” Johnson revealed the news via his official Instagram account, gathering a huge number of positive and supportive comments. The first season of the show became the network’s most-watched series in the six-year period, while the second season is averaging near the 1.3 million mark, with a huge delayed viewing surge in viewership, thus the renewal comes as no surprise. Stay tuned and we will inform you as soon as a release date is announced for Ballers season 3.

BREAKING: Baller alert. After just two episodes into our SEASON 2 of #Ballers, @HBO has ordered SEASON 3! Congratulations to our hard working cast, crew, producers and our show`s creator Stephen Levinson. Thank you to our home network HBO (Plepler, Bloys & brilliant team) for the commitment & long term vision of our show. To all our BALLER FANS out there - THANK YOU! Millions of you tune in every week to join us on this crazy journey of chasin` greatness and dealin` with life`s pain... and the greatest compliment we always hear from you is that we`re real and authentic. Means the world considering how close this character is to my bones. Now that you know there`s gonna be a Season 3.. you`ll be watchin` this season with a different eye. Enjoy and have fun with it and above all else... Ball so hard. #Ballers SUNDAY NIGHTS 10pm on @HBO @sevenbucksprod

Share this with friends:
ReleaseDate.show » Release » HBO officially renewed Ballers for season 3 to premiere in Summer 2017
Related Serial
When Will

The release date for WAGS Season 3 — PendingThis article has the most up-to-date info on the status of WAGS Season 3 as we continuously monitor the news to keep you in the know. E! is yet to make a decision on its future. Subscribe to our…

FXX officially renewed You&rsquo;re the Worst for Season 4 to premiere in 2017