The release date for Becoming Us Season 2 — Pending

This article has the most up-to-date info on the status of Becoming Us Season 2 as we continuously monitor the news to keep you in the know. ABC Family is yet to make a decision on its future. Subscribe to our automatic updates below. 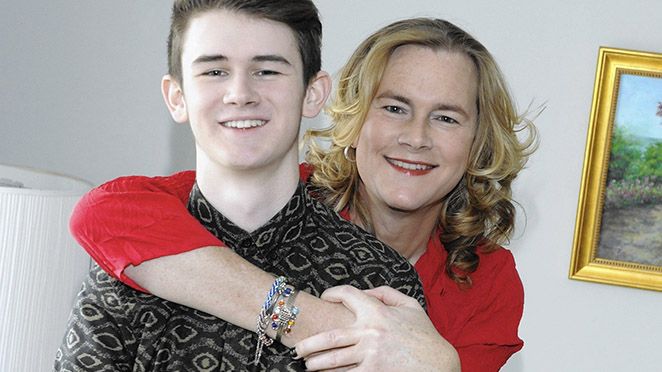 Produced by Ryan Seacrest Productions and Three Sisters Inc., Becoming Us is an American reality television series that focuses on two families with one transgender parent in each. The ten-episode first season premiered on ABC Family on June 8, 2015.

Ben and Danielle are two ordinary Midwestern teenagers who are in love. They live in Evanston, Illinois, go to high school and make plans for their future lives. Everything would be just like it is for everyone else at their age if not for one small uniqueness – both of their fathers have recently come out as transgender women. When Ben finds out that his father will now be a woman named Carly, he begins to have issues at school and home. His parents and girlfriend Danielle, whose father came out prior to the series’ premiere, try to do their best to help Ben cope with the situation.

With transgender series being on the rise, this one offers a different angle at the issue – one from the eyes of a child who has to deal with one of his parents becoming someone completely different. There is definitely a lot of drama in this series, especially when you consider the odds of two teenagers beginning to date and only later find out that both of their fathers would like to be women. That’s just too much for one small town in Illinois! In general, the show received mediocre reviews, but seems to offer enough to the audience to warrant a continuation. We should know shortly whether the network will pick up Becoming Us for season 2 and if we will see what happens to Ben and his family in the future.

Subscribe to receive news and updates when a show is renewed or canceled. You will receive an automatic email when theBecoming Us Season 2 Episode 1 release date is officially announced.

Share this with friends:
ReleaseDate.show » Release » ABC Family is yet to renew Becoming Us for Season 2
Related Serial
When Will