The release date for Odd Mom Out Season 3 — Pending

This article has the most up-to-date info on the status of Odd Mom Out Season 3 as we continuously monitor the news to keep you in the know. Bravo has officially renewed the series for another season. To get notified of the premiere date – subscribe for updates below. 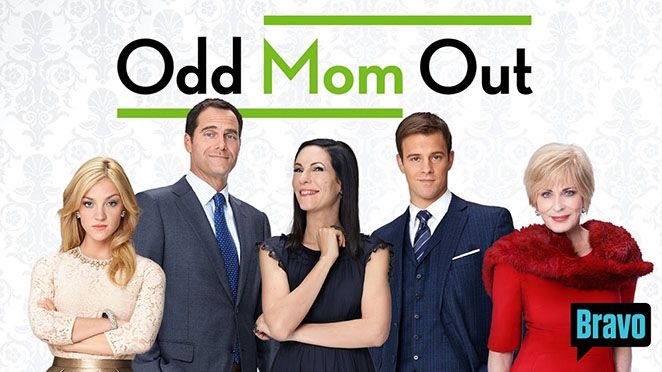 Based on Jill Kargman’s Momzillas, Odd Mom Out is an American comedy TV series that focuses on the lives of very wealthy and obnoxious mothers in Manhattan. Starring Jill Kargman herself, the ten-episode freshman season of Odd Mom Out season 1 premiered on Bravo on June 8, 2015, and season 2 followed on June 20, 2016.

Jill Weber, who is a fictional version of Jill Kargma, is part of Manhattan’s Upper East Side elite clique of affluent women, which includes her mother-in-law, Candace, and her brother-in-law’s wife, Brooke. Although she’s a born-and-bred Manhattanite herself, she’s still nowhere close to her new blue-blooded family and their friends. Trying to keep the unconventional life style she had before she married her husband, Andy, Jill is treated like a charity case by her new relatives and friends. Navigating raising her three children, keeping her marriage fresh, and satisfying all of the odd responsibilities that come with being part of an ultra-rich clique, Jill tries to survive in this highly competitive environment.

The series has received good reviews and critical acclaim. Witty, quirky and fun, the series premiere was Bravo channel’s highest rated launch of the year, which is the reason that the producers have already released news of renewal for 2016. The second season reminds us that joining an ultra-rich Upper East Side clique is a trying affair. Jill Weber returns to the fashion magazine where she`s worked prior to her marriage, while her husband Andy takes a break from work to take care of their children, and realizes how difficult that is. The rest of the characters are all dealing with their issues of various scale and importance against the upscale Manhattan backdrop. The second season debuted with an audience of 661,000 viewers and a 0.23 rating. The numbers are similar to the first season`s average, although the demo rating has edged down from last chapter`s 0.3 average. Let`s see how the show fares throughout the season, but it seems that it has enough potential to stay on for at least another one or two seasons.

Bravo`s sophomore comedy series Odd Mom Out has concluded its broadcast on August 29, 2016. The show has fared very well in the ratings department, increasing its audience from 0.661 million viewers and a 0.23 demo rating for the season premiere to 0.788 million and 0.3 for the season finale. The show dedicated to hyper-competitive Manhattan moms is developing a tradition of wrapping up with a party-themed episode. This time the party is for a vow renewal ceremony between Brooke and Lex. The exorbitant event does not go as smoothly as everyone planned – they never do, right? Besides the confrontations, there is a shocking turn of events that occurs just prior to the final moments of the episode and may shake the family to the very core. No renewal announcements for Odd Mom Out season 4 have come from Bravo yet, so please stay tuned and we will inform you as soon as the network reveals its decision.

UPDATED September 24, 2016: Bravo`s hit comedy series Odd Mom Out has been renewed for a third season less than a month after its sophomore season wrapped with strong ratings and fans pining for more following the epic season two. The third season of the Manhattan-set mommy clique comedy is slated to contain 10 episodes and will go into the production stage in the spring of 2017 in New York City. Sign up for our automatic updates, and we`ll bring you the latest news regarding the upcoming season of Odd Mom Out.

Share this with friends:
ReleaseDate.show » Release » Bravo has officially renewed Odd Mom Out for Season 3
Related Serial
When Will