The release date for I Love Kellie Pickler season 3 — Pending

This article has the most up-to-date info on the status of I Love Kellie Pickler season 3 as we continuously monitor the news to keep you in the know. CMT is yet to make a decision on its future. Subscribe to our automatic updates below. 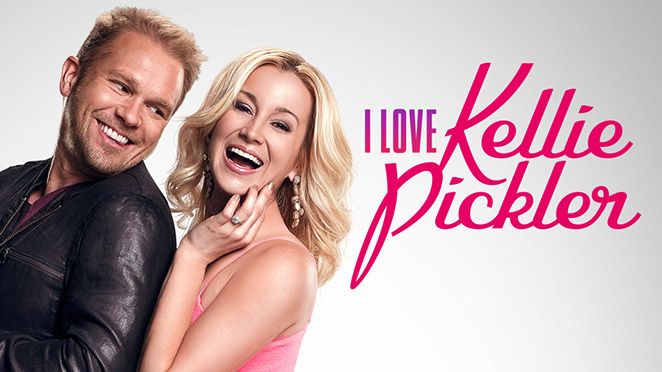 I Love Kellie Pickler is an acclaimed new reality/documentary television series that has been broadcast on CMT since November 4, 2015, with the second season premiering on August 25, 2016. It is produced by Ryan Seacrest Productions with Ryan Seacrest, Eugene Young, Rabih Gholam, Lisa Tucker, Noah Moskin, along with Keliie Pickler and Kyle Jacobs serving as executive producers.

The series follows the personal life of Kellie Pickler, a country singer, and a participant of American Idol and Dancing With the Stars, and her husband, Kyle Jacobs. The singer herself considers the show a “video scrapbook of last summer” with bits and pieces of her busy life, and she found the process of filming it no less comfortable than a friend taking pictures on a day out. There isn`t much on-screen drama, just the usual daily interactions with family and friends (some things only usual for a star singer, perhaps), and flashbacks of personal events – such as how Kellie and Kyle met.

The sophomore season introduces the families of Kellie and her husband Kyle Johnson, features the duo`s visit to Japan and portrays Kellie taking a swing at a number of occupations, such as an Uber driver for charity purposes. Although seemingly lacking a point, the I Love Kellie Pickler series is apparently curious enough to watch, as the original series premiere episode gathered an exceptional 2,5 million viewers. The first season ranked #2 primetime reality series on Twitter, and became a true hit for the network. The second season debuted with far more modest ratings, attracting 0.258 million viewers and garnering a 0.09 demo rating. Will these numbers prove strong enough to carry the show into another season? This remains unclear for now, so please stay tuned, and we will keep you informed.

Subscribe to receive news and updates when a show is renewed or canceled. You will receive an automatic email when theI Love Kellie Pickler season 3 Episode 1 release date is officially announced.

Share this with friends:
ReleaseDate.show » Release » CMT is yet to renew I Love Kellie Pickler for season 3
Related Serial
When Will