This article has the most up-to-date info on the status of Survivorman season 8 as we continuously monitor the news to keep you in the know. Science Channel has officially renewed the series for another season. To get notified of the premiere date – subscribe for updates below. 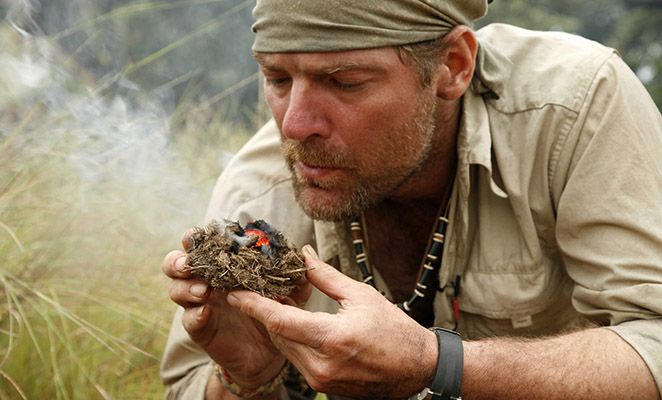 Survivorman is a Canadian real-life television series that chronicles the feats of one man, Les Stroud as he attempts to survive in the wilderness. The show is executive produced and filmed exclusively by Les Stroud, and co-produced by Cream Productions and Wilderness Spirit Productions. Since its original release on October 13, 2004 Survivorman has gone through seven seasons and four specials. It is broadcast on the Outdoor Life Network in Canada, and on Discovery Channel and Science Channel internationally.

Les Stroud is a survival expert and a filmmaker – a perfect combination to film a series on survival in the wilderness. Each episode features a 7-day (first three seasons) or 10-day (from the fourth season on) survival adventure, where Les Stroud is equipped only with his clothing, a camera, a multi-tool, a harmonica, sometimes certain items relevant to the specific area, and an emergency satellite phone. The series is known to have helped some viewers who have been stranded in nature.

Les Stroud has a very strong fan following praising him for the entertaining and informative way in which the unscripted series is made. The format is unique in many ways, as there`s no camera crew lurking behind the trees, and no pre-planned obstacles – there are enough natural ones to make Les struggle for his life in a very real way. There`s been no official statement on further renewal of the show, but the viewers` enthusiasm speaks for itself, and we might see the eighth season of Survivorman commissioned soon.

UPDATED April 4, 2016: Great news for the many fans of the unique and popular survival series - Survivorman has just been renewed by the Science Channel for an eight chapter. Science Channel has had a record-breaking year in 2015, with the success flowing over into the first quarter of 2016, and it has announced the introduction of new and exciting original series for the next television season along with the renewal of its good old hits. The release date for the next installment of Survivorman has not been set yet, so please stay tuned for relevant information.

Share this with friends:
ReleaseDate.show » Release » Science Channel has officially renewed Survivorman for season 8
Related Serial
When Will