This article has the most up-to-date info on the status of Power Season 4 as we continuously monitor the news to keep you in the know. Starz has officially renewed the series for another season expected to debut in Summer 2017. To get notified of the exact premiere date – subscribe for updates below. 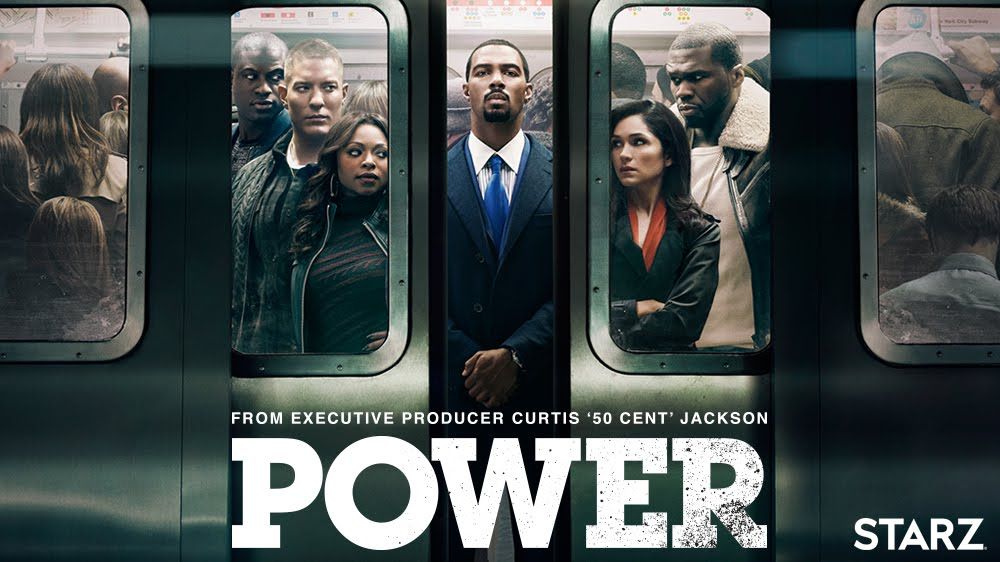 Created by Courtney Kemp Agboth, Power is an American drama TV series that follows a successful businessman living a double life in Manhattan. The series’ first season aired on Starz on June 11, 2014 and has had an extremely successful three-season run. Power Season 3 premiered on July 17. 2016.

It seems that James St. Patrick, nicknamed Ghost, has the perfect life – an owner of a successful Manhattan nightclub, he’s married to a beautiful woman and lives in a stunning penthouse. He has power and money, but he also has a secret. His secret is that he doubles as a drug kingpin to the rich and influential people of New York, and his nightclub is simply a money laundering operation to legitimize his illegal cash flow. In the second season, Ghost tries to find a way to step away from his narcotics venture and step into a completely legitimate lifestyle, but this decision may be jeopardized by his sidekick Tommy, who will go to any length to keep the drug cash cow working as a well-oiled machine.

The third chapter of the story consists of ten one-hour episodes. James St. Patrick will own a few more nightclubs and will be trying to rekindle romance with his old flame. Co-produced by Curtis “50 Cent” Jackson, this gripping drama has become the most popular original series in the history of Starz. The second season finale drew 2.39 million viewers in L+3, which is up 51% from the first season’s finale. The third season premiere became the #1 program on the night of its broadcast with 2.258 million viewers and a 1.1 demo rating. With strong ratings like these and a score of 7.9 out of 10 on IMDb, Power is definitely looking at a bright future ahead.

On September 25, 2016 the third record-breaking season of Starz’ gripping drama series Power has concluded the broadcast of the latest ten episodes. The amazing ratings dynamics have brought the season viewership average to 1.94 million and a 0.89 demo rating, whereas only one of the first season episode’s ratings went above 1 million viewers. The intense season three finale ended with a series of shocking cliffhangers that have the fans reeling, and left many exciting opportunities for the events to develop in the seasons to come. After being arrested by Angela for the murder of Milan, Ghost is in jail at the end of the final episode, Tariq is being held hostage, and Knox learns the dangerous truth about the mole. Power has already been renewed for a fourth and fifth seasons, so we’re expecting some very powerful storyline twists in the near future. Stay tuned for the release date of the next season of Power.

UPDATED September 17, 2016: Starz’ riveting hit drama series Power was renewed for seasons 4 and 5 merely two days after the top-rated season 3 premiere in July 2016. The third season delivered the best ratings in the history of the show, and also proved record-breaking for the network, so the multi-season renewal is not surprising and gives the story (and its creators) more breathing room. Showrunner Courtney Kemp has mentioned that by season 4 many of the series’ elements will undergo a major transformation. If the show’s numbers keep improving season to season in a similar manner, they will shoot through the roof by season 5, and we are eagerly awaiting the new developments. Stay tuned for more information and, of course, the release date of Power season 7.

UPDATED October 13, 2016: The third season of Power became Starz’ most-watched scripted series ever, and the highly anticipated fourth season is already in production. It will contain 10 one-hour episodes and should return in the summer of 2017. The upcoming season picks up where the most recent chapter left off, with “Ghost” arrested by his girlfriend Angela Valdez for a crime he was not guilty of – the murder of Greg Knox. Ghost is fighting to redeem his reputation, protect his loved ones and outrun his enemies, while also constantly dealing with his inner demons. Stay tuned for further details and a release date for Power season 4.

Share this with friends:
ReleaseDate.show » Release » Starz officially renewed Power for Season 4 to premiere in Summer 2017
Related Serial
When Will