This article has the most up-to-date info on the status of Pretty Little Liars Season 8 as we continuously monitor the news to keep you in the know. Unfortunately, Freeform has officially canceled the series. There will be no Season 8. 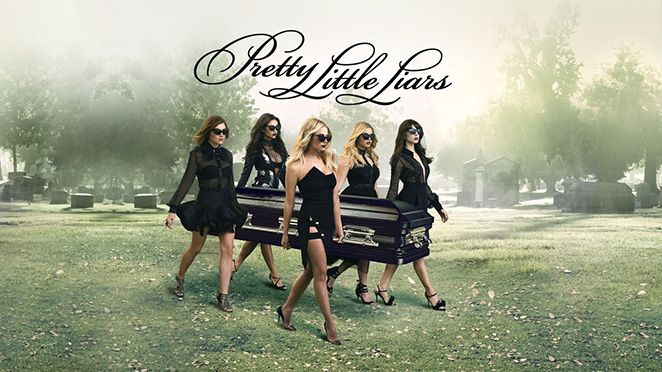 Based on an eponymous book, Pretty Little Liars is an American mystery teen drama television series that follows the life of four teenage girls who try to catch a mysterious stranger threatening to expose their deepest secrets. The series originally premiered in June 2010 and has been Freeform`s (ex-ABC Family) longest-running original series. Pretty Little Liars Season 7 premiered on Freeform on June 21, 2016.

Spencer, Hanna, Aria, Emily and Alison are all members of the same clique that falls apart when Alison, the leader of the group, disappears. At first, the other girls try to go on with their lives, but they suddenly begin to receive messages from a mysterious person named “A” who threatens to expose all their deepest secrets. Although they believe at first that Alison is the one playing with them, they quickly learn that someone much more dangerous, manipulative and vengeful is behind the threats.

Receiving widely positive reviews and critical acclaim, this series is the winner of several TV awards. The viewership ratings have, however, been sliding downward consistently over the course of the series` run. The current seventh season drew merely 1.43 million viewers, and dropped further during the two subsequent episodes. The show does have a solid 7.8 out of 10 on IMDb and attracts a lot of social media attention. There have been conflicting rumors – both of the current season being the final one, as well as of a possibility of continuation. No decision has been confirmed yet as of mid-June 2016, and it seems that the network might be playing with the fans to keep the interest alive. Stay tuned, and we`ll keep you informed.

UPDATED August 30, 2016: There has been a great amount of speculation regarding the final season of Pretty Little Liars, but it seems that all hope for a surprise renewal is gone. Series EP and showrunner Marlene King has confirmed in a Facebook live chat that the final 10 episodes that constitute season 7B will air in April 2017, and that the broadcast will conclude with a two-hour special finale. The premiere of King’s new project, Famous in Love, will follow the series finale. Homecomings are numerous, as many characters from the previous seasons, such as Wren Kingston, Pastor Ted Wilson, Jenna Marshall, Paige McCullers and Sydney Driscoll, make a comeback in the final episodes. Stay tuned and we will inform you of PLL season 7B release date as soon as it is announced.

UPDATED November 20, 2016: The midseason premiere date for the second part of the final seventh season of hit Freeform`s drama series Pretty Little Liars has been set, and the fact that it is not until April 18, 2017 that we will see the last ten episodes of the mystery drama makes it all the more excruciating. However, to make it less painful, on November 19, 2016 Freeform begins a 150-day countdown to the last episodes, chronologically airing clips from the 150 episodes of the show, as well as launching other types of new content over social media platforms and on the series` official website. Sign up for our automatic updates, and we`ll drop you a reminder a day before PLL season 7 resumes its broadcast after the extended hiatus. More than one wedding and several comebacks from fan-favorite characters from preceding seasons are rumored, so don`t miss the launch date!

Freeform is yet to renew Pretty Little Liars for Season 8