This article has the most up-to-date info on the status of Devious Maids Season 5 as we continuously monitor the news to keep you in the know. Unfortunately, Lifetime has officially canceled the series. There will be no Season 5. 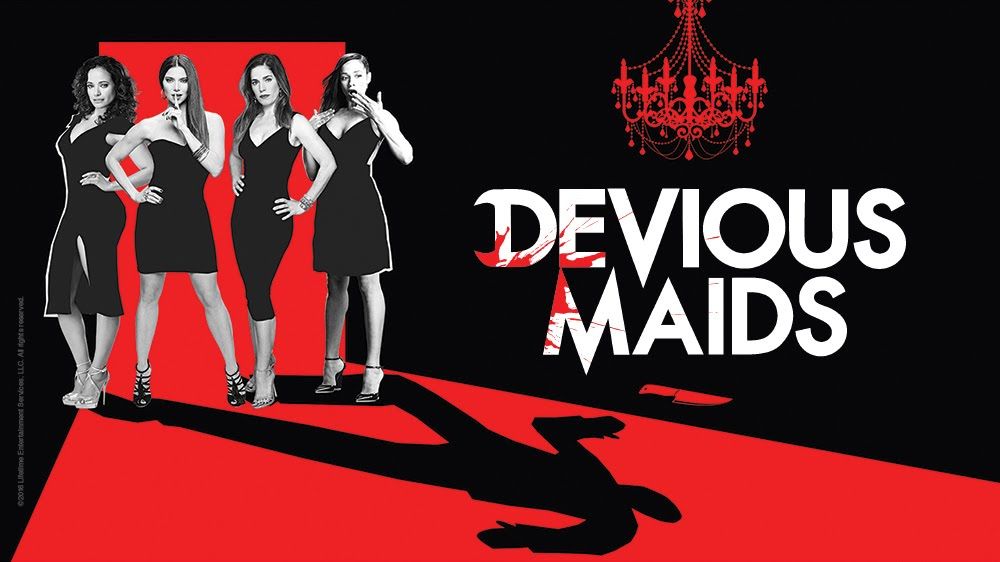 Created by Marc Cherry, Devious Maids is an American comedy-drama mystery television series that follows a close-knit group of ambitious maids serving the rich and famous of Beverly Hills. The series first premiered in June 2013 and has had a successful three-season run. Devious Maids season 4 premiered on Lifetime on June 6, 2016.

Zoila, Valentina, Rose, Carmen and Marisol work as housemaids in the Beverly Hills’ affluent area. They serve very powerful and emotionally unstable people and find that they have to be on the lookout for one another when times get tough, including when a maid is found killed in her employer’s home. Through danger, mystery and romance, these ladies stick together and help each other through life’s struggles. In the third season, the drama continues with Carmen still in an affair with Sebastian, and Zoila needing Genevieve’s help with her pregnancy and baby.

Heavily influenced by the showrunner’s previous series Desperate Housewives and based on a Mexican drama TV series Ellas son la Alegría del Hogar, this series is packed with drama and mystery. The current season features Marisol entering a new relationship that soon becomes a complex love triangle when an old flame resurfaces, Genevieve getting used to a household without Zolia`s sarcastic disposition, and other big changes in the characters` lives. The series has won several awards and boasts very high ratings. Scoring 7.9 out of 10 on IMDb and 95% on Rotten Tomatoes, the show was pulling in an average of 1.4 million viewers per episode in its third season. However, season 4 has lost approximately 1/3 of its audience. Season 4 premiere episode debuted to 1.08 million viewers, and the third season was seen by 0.81 million viewers. Stay tuned for relevant announcements regarding the series` future.

The eventful 10-episode fourth season of Lifetime’s compelling drama Devious Maids has wrapped up on August 8. While many of the loose ends were picked up in the last episode, a significant and troubling event has rounded it up. Marisol’s kidnapping on her wedding day is definitely the biggest twist of the season finale, although the revelation that Gail Fleming is Peri’s killer is shocking enough. Rosie opens up to Spence about her pregnancy, but doesn’t tell him about Tucker. Elsewhere, Evelyn and Adrian finalize their divorce, which doesn’t prevent them from consummating the end of their marriage right on the table. The viewership hovered about the 0.9 million mark, with 0.86 million viewers tuning in for the season finale. There have been no announcements regarding the fifth season of Devious Maids, but the series is popular and the chances of it coming back are very high. Stay tuned, and we’ll bring you the latest news.

UPDATED September 2, 2016: In an unfortunate and somewhat counterintuitive turn of events, Lifetime`s telenovela-style series Devious Maids is concluding its successful four-season run. There will be no season five, as the network is changing its creative direction and currently leaning more towards series like the recently launched UnREAL. Devious Maids` ratings have declined from the freshman chapter highs of 3 million viewers to the average of 0.923 million viewers in the last completed season four. Based on viewership numbers, the show could have lasted for quite a while longer, but the network politics determine everything, and Devious Maids are on their way out.

Lifetime is yet to renew Little Women: LA for season 6

Lifetime is yet to renew Little Women: Terra&rsquo;s Little Family for season 3

Lifetime is yet to renew Preachers&rsquo; Daughters for season 4