This article has the most up-to-date info on the status of Glitter Force season 3 as we continuously monitor the news to keep you in the know. Netflix is yet to make a decision on its future. Subscribe to our automatic updates below. 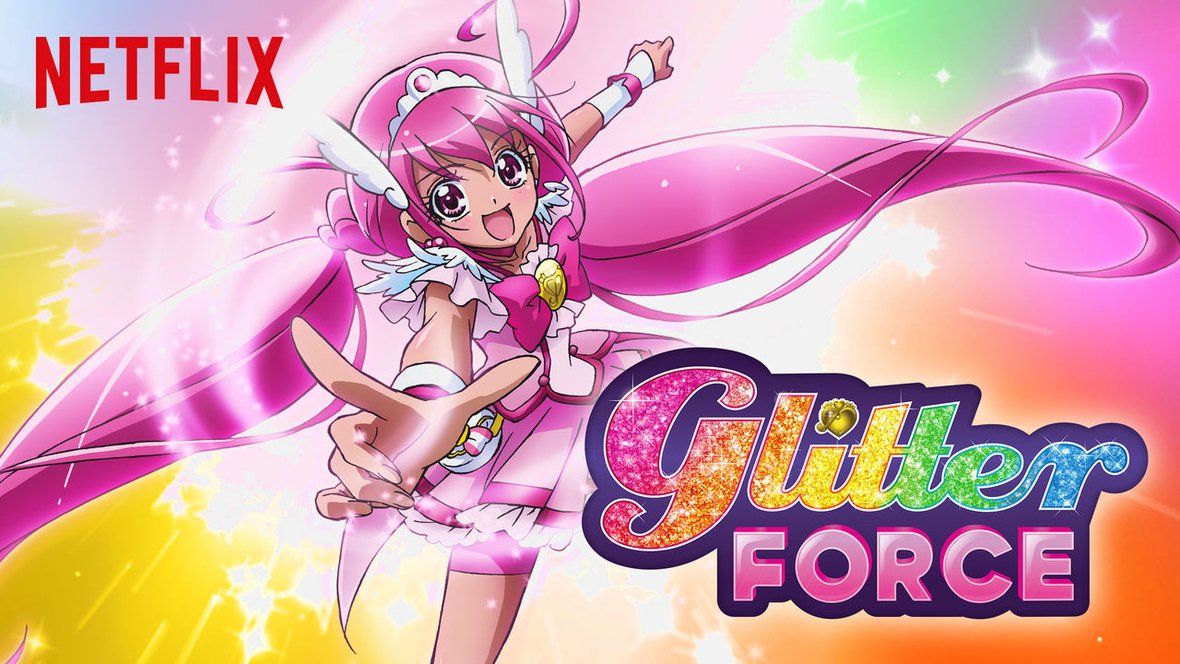 Did you miss having a tween girl superhero squad saving the world from evil time and time again right in front of your eyes? Don`t fret, the first 20-episode run of the successful Japanese anime Smile PreCure! (produced by Toei Animation) is available for streaming on Netflix on December 18, 2015 with a new music score, theme song by Blush and music videos by the same girl group. The original anime was released in Japan in 2012 and has been very popular, as it is a part of the larger Pretty Cure franchise, a hit in Japan. The most recent 20-episode second season was made available for streaming on August 26, 2016.

Five schoolgirls in the magical kingdom of Jubiland find out that they are endowed with various superpowers, are recruited by a charming sheep pixie Candy and have to defend their world from the evil emperor who invaded it. The girls, Emily (Glitter Lucky), Kelsey (Glitter Sunny), Lily (Glitter Peace), April (Glitter Spring) and Chloe (Glitter Breeze) prove that true friendship is more powerful than anything. Laura Bailey, Colleen O`Shaughnessey, Kate Higgins, Danielle Nicole, Alex Cazares and Debi Derryberry are among the series` voice cast.

Saban Brands is distributing Glitter Force, and while the original Japanese series consist of 48 episodes, only 40 have been dubbed in English. Who knows, this might be just the beginning of the Pretty Cure franchise of over 500 episodes of pre-teen fun in various anime shows coming to our television screens. Netflix has been very successful in providing viewers with access to TV dramas and comedies, and is now breaking into the anime world. Whether or not other parts of the Pretty Cure franchise are also bound for Netflix is not yet known, so please stay tuned for relevant news.

Subscribe to receive news and updates when a show is renewed or canceled. You will receive an automatic email when theGlitter Force season 3 Episode 1 release date is officially announced.

Share this with friends:
ReleaseDate.show » Release » Netflix is yet to renew Glitter Force for season 3
Related Serial
When Will

Disney XD is yet to renew Lab Rats: Elite Force for season 2