This article has the most up-to-date info on the status of Sense8 Season 2 as we continuously monitor the news to keep you in the know. Netflix has scheduled the premiere date for a new season for May 5, 2017. 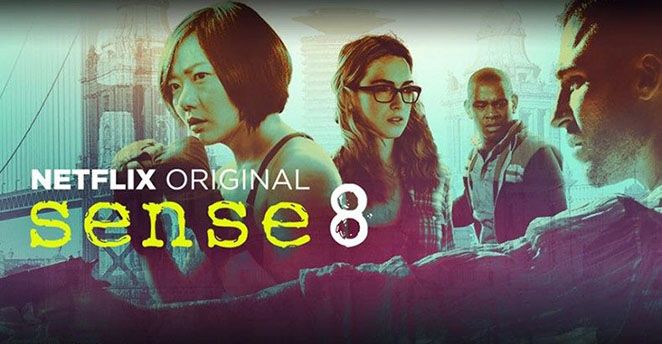 Created by J. Michael Stranczynski and Andy and Lana Wachowski, Sense8 is an American sci-fi drama television series that follows eight strangers around the world who find out that they can connect to each other’s thoughts. The series is one of Netflix originals and became available for streaming on June 5, 2015.

In this series, the creators explore territory that reminds the viewer of The Matrix. Here, eight people live regular lives before they discover that they have special abilities and feel the unstoppable urge to find out what’s going on. One day, the eight of them have a vision of the death of a woman who is a complete stranger to everyone. While they pursue the answers to their questions, they find out that they can sense each other’s feelings and use each other’s knowledge and skills. At the same time, a mysterious organization is trying to hunt them down and destroy them.

This intense thriller is The Wachowskis first attempt at writing for television and it is definitely a successful one. Receiving critical acclaim, the series scores an 8.4 out of 10 on IMDb and 67% on Rotten Tomatoes. Boasting an all-star cast, the twelve episodes of the first season are available on Netflix. Additionally, we now know for sure that the series will be renewed and we will see Sense8 Season 2 some time in the near future.

UPDATED November 30, 2016: One of the most popular Netflix series, sci-fi mystery Sense8 is about to air a Christmas special this holiday season. The compelling special episode will be available to Netflix subscribers on December 23, 2016. Season 2 will probably be dropped in 2017, and the appearance of a new character, The Assistant, whose actions will threaten the telepathic group of the Sensates, is rumored. Stay tuned for further updates and enjoy the holiday special.

UPDATED December 4, 2016: Netflix has just announced the return date for the second season of its hit sci-fi drama Sense8, and while it`s great to have some certainty, it was painful for the numerous fans to see the premiere of the highly anticipated season 2 delayed as far as May 5, 2017. While it should be dropped approximately a year after the freshman season, which is just about the average hiatus between installments, the fervent fans were hoping for a faster return. The 10-episode second season will kick off with the gang on the run and unsure of their own identity. Sign up for our automatic updates, and we will drop you a reminder a day before the release of Sense8 season 2.