This article has the most up-to-date info on the status of Alone season 3 as we continuously monitor the news to keep you in the know. History Channel has officially renewed the series for another season. To get notified of the premiere date – subscribe for updates below. 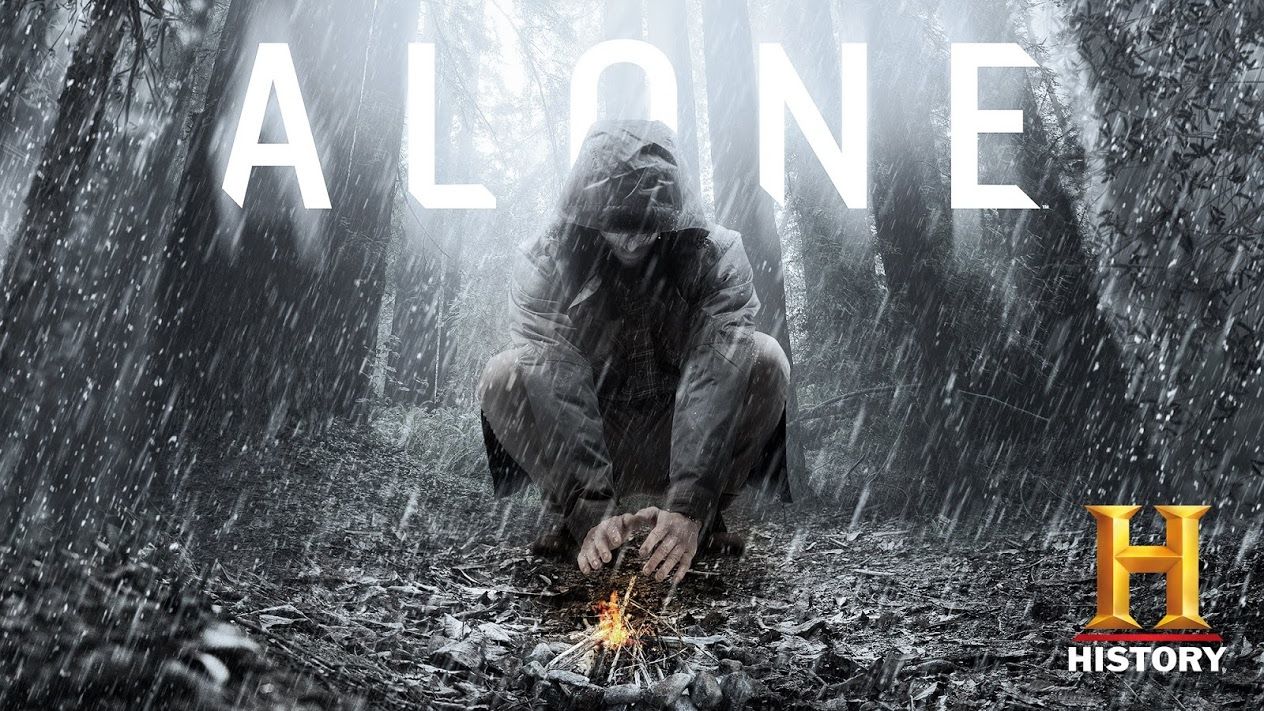 Alone is a new hit reality adventure competition series that features 10 contestants competing to survive in the wilderness for a chance to win a $500,000 grand prize. Produced for the History channel by Russ McCarroll and Zachary Behr, the series debuted on June 18, 2015 and became an almost instant mega-hit. Just before the season 1 finale, History announced that the Alone was renewed for a second season, which premiered on April 21, 2016.

Filmed in Vancouver Island, British Columbia the 10 contestants self-document their daily lives in isolation on remote islands in hopes of being the last man standing and worthy of the grand cash prize. Alone chronicles their journeys include basic survival like hunting for food and building shelters, while fending off predators and enduring extreme isolation and sometimes even psychological distress. The second season features ten tough survivalists, both men and women, contending for the $500,000 prize that awaits the one who lasts the longest on a barren Vancouver Island in British Columbia. The second season`s 13 episodes chronicle the participants in isolation, searching for sustenance, searching for shelter and fighting off predators in a very unwelcoming environment.

With extremely positive reviews and a whopping 2.5 million viewers, Alone season 1 was ranked in the top three new cable series of the year. The second season was officially History`s top-ranked non-fiction program of 2015 across all of the key demographics. The 10-episode season had fans on pins and needles as they cheered for their favorite survivalists. Ahead of the highly anticipated season two premiere, History announced the renewal of Alone for season 3. Fans will have to stay tuned as the network is yet to schedule a premiere date.

The two-hour special has wrapped up the 13-episode second season of Alone, a popular History survival series. The season finale was seen by almost 1.6 million viewers during the first hour, and 1.54 million during the second part. The demo rating was 0.4 and 0.37 respectively. In the dramatic ending David McIntyre won the grand prize, leaving Jose Martinez Amoedo and Larry Roberts behind. The last woman standing, Nicole Apelian, has tapped out last week, presumably because she was running out of food and of ideas on getting it. The series was renewed for a third season ahead of the second season debut, so all fans have to worry about now is the release date of the next season, which is being filmed right now in Patagonia. Stay tuned, and we`ll be sure to inform you in the most timely manner.

Share this with friends:
ReleaseDate.show » Release » History Channel has officially renewed Alone for season 3
Related Serial
When Will