This article has the most up-to-date info on the status of Mistresses season 5 as we continuously monitor the news to keep you in the know. ABC is yet to make a decision on its future. Subscribe to our automatic updates below. 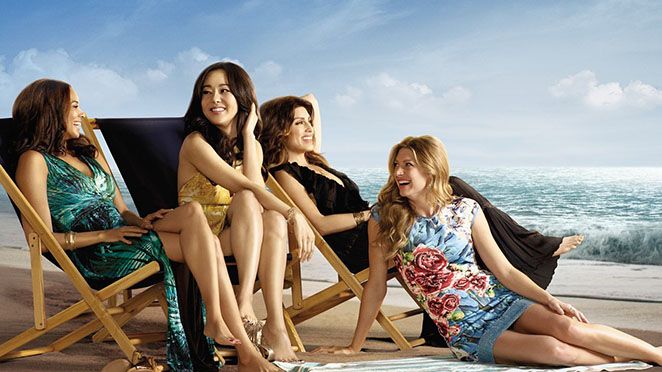 Mistresses is a romantic drama series that pivots around four female friends and their entanglement in complex and sometimes even illicit relationships. Inspired by a British TV series of the same name that aired in the U.K. from 2008-2010, season 1 of the series debuted on ABC in the United States on June 3, 2013. Following a three-season run, the network renewed Mistresses for season 4, which debuted on May 30, 2016.

Mistresses is a thrilling and provocative drama featuring four sassy girlfriends and their scandalous lives. The foursome supports each other through thick and thin on a path of self-discovery. An adaptation of a British mystery drama, the show follows Savi (Alyssa Milano), Joss (Jes Macallan), April (Rochelle Aytes) and Karen (Yunjin Kim) as they share their dreams and problems with each other and the numerous men that come into their lives.

Season 4 of Mistresses was poised to ride the wave of rave reviews from the previous three seasons. Despite the departure of Alyssa Milano, who exited the show following the relocation of filming from Los Angeles to Vancouver, season three garnered an average of well over 3 million viewers. Season 4 has premiered to 2.94 million viewers, an 18-49 demo rating on 0.7 and a share of 2. The second episode saw an increase of viewership to 3.31 million viewers. The current season is set to contain 14 episodes, so there`s still a long time to go and the ratings dynamics might still surprise the viewers. We will monitor ratings and announcements, and will keep you up on the fate of Mistresses.

Subscribe to receive news and updates when a show is renewed or canceled. You will receive an automatic email when theMistresses season 5 Episode 1 release date is officially announced.

Share this with friends:
ReleaseDate.show » Release » ABC is yet to renew Mistresses for season 5
Related Serial
When Will

ITV officially renewed Broadchurch for series 3 to premiere in 2016

This article has the most up-to-date info on the status of Mistresses season 5 as we continuously monitor the news to keep you in the know. Unfortunately, ABC has officially canceled the series. There will be no season 5.Basic info and…