The release date for Party Down South 2 Season 3 — Pending

This article has the most up-to-date info on the status of Party Down South 2 Season 3 as we continuously monitor the news to keep you in the know. CMT has officially renewed the series for another season. To get notified of the premiere date – subscribe for updates below. 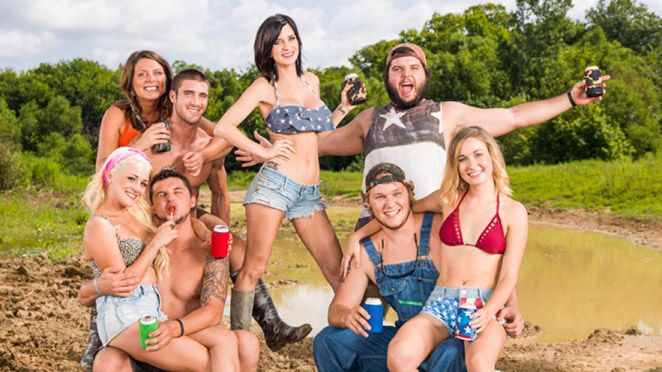 Created by Jersey Shore creator SallyAnn Salsano, Party Down South 2 is an American reality television series that is a spinoff of another CMT hit series Party Down South. The series focuses on four men and four women who live together in one summer home. Being CMT’s one of the highest rated shows, Party Down South 2 Season 2 premiered on May 14, 2015.

Much like in the original Party Down South, this child series is full of drama, adventures, partying and relationship ups and downs. Due to the set up, the latter play the biggest part in the series, with some butting heads and others looking for love on the outside. The action takes place in St. Petersburg, Florida, just like season 4 of the original series.

Although the spinoff show rates lower than the original, scoring just 6.3 out of 10 on IMDb, Party Down South 2 still draws a solid audience base. There must be something about watching people go crazy in a life that could not be real that makes the audience come back for more drama to shows like this one. While the ratings are not stellar, it really was not too surprising that the network decided to renew the series for another season. Millions of fans will be thrilled to know that they can catch Party Down South 2 Season 3 some time in 2016. They will need to check back with us regarding a premiere date though, since none have been announced yet.

Share this with friends:
ReleaseDate.show » Release » CMT has officially renewed Party Down South 2 for Season 3
Related Serial
When Will