This article has the most up-to-date info on the status of Back Roads Series 2 as we continuously monitor the news to keep you in the know. ABC (AU) has scheduled the premiere date for a new season for November 25, 2016. 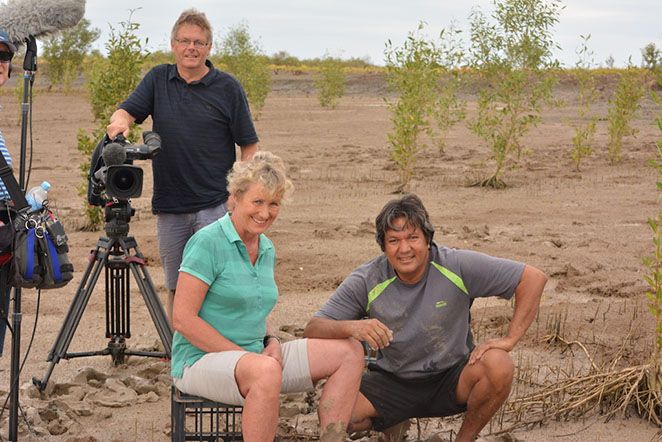 Back Roads is an Australian travel and observational documentary television series currently broadcast on ABC Australia. The series premiere took place on November 20, 2015, with seven more episodes to follow. The series is executive produced by Brigid Donovan, and the narration is done by ABC journalist Heather Ewart.

Heather Ewart is a political journalist, but she took up this project because she herself grew up on a farm in Victoria, a place that that closely resembles the communities portrayed in the series. The series focuses on the places that are located in the most remote rural regions of Australia, most are very small, some seemed to be heading for disaster, but all share one thing – the people`s faith, grit, humor and imaginative vision of the future that helped them and their communities survive and, further, succeed and prosper.

Back Roads had a very warm reception by the viewers, with positive acclaim from the critics. As the series is still in the middle of its freshman chapter, it remains to be seen whether ABC AU finds it worthy of renewal. The show is very inspiring and lacks the fake overdramatic quality that some of the series of this type sometimes add in order to elicit stronger emotions from the viewers. And there`s no need for it when the underlying story is so powerful and inspiring. We hope that this truly heart-warming account of the real people`s openness to change, innovation and generosity has a chance to reach more people in more series to come.

UPDATED August 2, 2016: Back Roads, the critically acclaimed documentary series from the award-winning ABC journalist Heather Ewart, is returning for a second series of true-to-life portrayal of rural Australia and its inhabitants. The upcoming chapter is set to air some time in 2016, according to the August 2, 2016 ABC announcement that highlighted the series scheduled for broadcast up until the end of the current year. Sign up for our automatic updates, and we’ll inform you of the release date for Back Roads series 2.

UPDATED October 1, 2016: A fun street party in Yackandandah will mark the return of ABC TV’s observational travel documentary Back Roads for a second series on Monday, November 25, 2016. Moreover, this installment will feature the expansion of Back Roads into the digital sphere with the Back Roads digital project, which is calling for submissions regarding other unique communities around Australia. Please sign up for our automatic updates, and we’ll drop you a reminder of the release date one day before the season 2 premiere of Back Roads.